I am young, I am a Green and I want to trust Fianna Fáil and Fine Gael 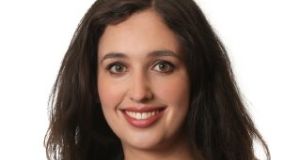 The Green Party faces a crucial moment in its history this week. Members must decide whether or not they will vote to support the parliamentary party entering into government with Fine Gael and Fianna Fáil. The Green Party special convention last Thursday laid bare the concerns of Green Party members. We spoke for and against the motion with conviction. The principal concern of those opposing entering government, as I understand it, is based on trust. Can we really trust Fine Gael and Fianna Fáil as coalition partners to deliver on social justice, as well as climate justice? While many in the party accepted the wins in the negotiated programme for government in terms of climate change, those against the motion stated our negotiators had not achieved enough, on social justice issues: housing, health, child poverty.

As a young Green Party member I respect other members in the party, who clearly articulated why they cannot support the party entering into government. I understand their concerns, that some of our social justice goals have not been met in this programme for government. I get it – this deal is not perfect, far from it. However, despite its shortcomings, I have voted yes in favour of the Green Party going into government, and I would encourage other members to do the same, for the following reasons.

I joined the Green Party because I believe that climate justice is social justice. That core green belief is woven throughout this programme for government. It can be seen in the plans for infrastructure development that are focused on housing, retrofitting and public transport. Retrofitting in particular will be aimed at the Midlands region, and on social and low-income tenancies. This will make many Irish homes warmer, more sustainable and cheaper to run for the occupants.

The Green Party’s overlapping concepts of social and climate justice can be seen in the commitment to withdraw the Shannon LNG terminal from the EU Projects of Common Interest list in 2021. Projects such as Shannon cannot exist without massive public subsidies – this commitment will stop LNG projects dead in the water. This commitment will protect our rivers, keep our water safe from contamination, and help conserve coastal wetland biodiversity.

Can you form a government?
Inside Politics · Interview: Green Party Leader Eamon Ryan

The core idea that our transition to a green economy and society must be a socially just one can be seen in the programme for government’s approach to carbon tax. Increasing the carbon tax to €100 per tonne by 2030 is matched with a commitment to ensure that this increased taxation is progressive, by spending €3 billion on targeted social welfare initiatives to prevent fuel poverty, and ensure a just transition. This will help ensure that no worker or community will be left behind, as we enter the post-pandemic world.

Non-governmental organisations have voiced their support for aspects of the programme for government, across a wide array of subjects. The Irish Wildlife Trust has welcomed the programme as potentially transformational for the Irish landscape. This programme could help protect our national parks and marine areas, and address Ireland’s biodiversity crisis. The Irish Refugee Council has strongly welcomed the commitment to end direct provision. If implemented, this would represent a significant step forward in the refugees’ rights movement in Ireland. Further, the Irish Penal Reform Trust commented that the justice proposals in the programme “offer a strong basis for a joined-up approach that is led by the evidence of what works to prevent and reduce crime, support victims, improve rehabilitation, and reduce inequalities”.

The wide-ranging support across Irish society for this programme for government has strengthened my view that the time is right for the Green Party to go into government. It will not be easy, and the fight for climate and social justice does not end here – government is a constant process of negotiation. I trust our elected representatives will exercise their discretion to make decisions in the best interest of the lives of the people that they represent, and the planet.

This generation knows that time is running out. We find ourselves, in the words of Martin Luther King, confronted with “the fierce urgency of now”. Tackling climate change and achieving a just transition will not be easy, and the Green project does not end with Friday’s vote. I believe that if this programme is implemented, Ireland could move from laggard to leader on climate justice. As a young Green Party member, I want us to take this opportunity, as we might not get another. There is such a thing as being too late.

Harriet Burgess is a barrister and member of the Green Party