How to get Leaving Certificate calculated grades right this time 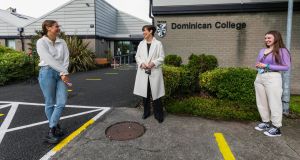 Minister for Education, Norma Foley claims that she has delivered clarity and choice for the Leaving Cert class of 2021. The terms clarity and choice (in addition to compassion) have also featured in the public comments of many stakeholders over the past weeks and months. I would now like to highlight four other terms beginning with the letter c that may be worth considering. I will begin with comparability.

This year students will be given the option of receiving an accredited grade or, if they choose to sit the exam in June, a traditional leaving certificate grade. The higher of the two will appear on their certificate. The accredited grade will be based on the judgement of their teachers followed by a national standardisation to ensure comparability across schools - in essence, a process similar to last year’s calculated grades. And with that in mind, it’s worth comparing outcomes from calculated grades in 2020 with prior leaving certificate years.

Grades awarded by teachers were overestimated at all points in the achievement spectrum with the percentage of H1s awarded in most subjects between two and three times higher than was observed in 2019. It was noted that aligning the 2020 distribution of calculated grades with distributions from prior years of the leaving certificate would have required that about 40 per cent of the grades be reduced by one grade.

Ultimately, the decision not to include historical data on school performance in the standardisation process resulted in changes to 17 per cent of grades. This still meant that students in 2020 received, on average, approximately 40 CAO points more than their counterparts in previous years and necessitated the creation of thousands of additional places across the third level sector.

The fact that both elements of this years’ leaving certificate are being overseen by the State Examination Commission (SEC) will provide a greater level of coherence (the second c) than if, as happened last year, a separate entity was being created to deal with the calculated grades process. That said, the SEC will have to follow government policy on how standardisation will be applied.

The options available are:

2. Do the opposite and accept grade inflation and its consequences

3. Allow separate distributions to apply and hope that both sets of results will have equal credibility (the third c).

While there is no absolute truth in any particular distribution of grades given the imprecision inherent in all educational assessments, my preference on this occasion is for option 1. However, I believe that this it will require the use of school historical leaving certificate performance data in the national standardisation process. The use of school historical data in the UK last year led to accusations that the calculated grades system used resulted in outcomes that were unfair to many students, especially those in disadvantaged schools.

The controversy did not go unnoticed in Ireland and, following growing political pressure, resulted in the government making a decision very late in the day not to allow school historical data to be used. What was not well understood at the time was that the UK and Irish systems were different. Crucially, unlike UK teachers, Irish teachers estimated precise marks rather than holistic grades for their students, making it possible to make much finer distinctions between students at different levels of achievement.

In addition, teachers were given very clear guidance on how to identify individual students who did not fit the typical pattern of performance for the class or school. For example, a student in a school without a history of strong performance in higher level Physics that is given 89 per cent (H2) by her teacher while her classmates receive a mark of 80 per cent (also a H2) or less, will be identified as an outlier in the standardisation process and will not be downgraded .

More generally, this year the department needs to do a much better job of explaining why standardisation is necessary to avoid grade inflation and why the marks awarded by teachers cannot be regarded as final but the first step in a two-step process to ensure comparability across schools and years of the leaving cert. It might also be pointed out that any system leading to higher than normal grades in 2021 may not be tenable given that already crowded colleges and universities may simply refuse to offer additional places. And a second year of grade inflation will do nothing to alleviate the sense of injustice being felt by CAO applicants who deferred from 2019 and earlier.

One further c to finish with - confidentiality. I had great sympathy for teachers in 2020 who felt so uncomfortable when they realised their students would have access to their class rank. As far as I am aware, in 2020 there was a perfect correlation between mark and rank data within classes and, as a consequence, it should be possible for the SEC to extrapolate rank data from marks submitted in 2021. Even better would be some mechanism to ensure that the data teachers and schools submit remain confidential as the default position.

Michael O’Leary holds the Prometric Chair in Assessment at the Institute of Education, Dublin City University