How one million survivors of sexual abuse can change Ireland 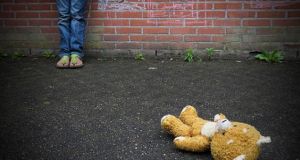 Personal stories changed Ireland. The campaign to repeal the Eighth amendment was won by people talking about how it affected their lives.

Let’s bring our politicians and the public on another journey. We need to look at an even bigger issue which is hiding in plain sight.

Current but outdated statistics state that one in four women and one in six men have experienced some form of sexual abuse. We are three of those women, and were sexually abused by our father, Kevin, from early childhood to our late teens. Indeed, around 80 per cent of victims are abused by someone they know, most often a close family member or friend.

The world’s most under-reported crime breaks all barriers of age, race, culture, religion, gender and socio-economic background. In Ireland, almost one million citizens who are victims of sexual abuse have nowhere to turn for help.

They need to hear from the mother whose child has been abused by the man she loved and trusted. From the sister about how her beloved sibling was abused by her beloved brother

A report from the Child Care Law Reporting Project showed that there is a lack of cooperation between the Garda and the child and family agency Tusla, a lack of supports for victims of sexual abuse and delays of up to three years for cases to go to court. Only 4 per cent of cases lead to a conviction. This has to change.

We believe that it can. Strength comes in numbers, so we are asking people, where they feel able, to write to their public representatives and tell their stories. Let them hear about our “hard cases” and help them to understand the sheer magnitude of the problem on our doorstep.

They need to hear from the mother whose child has been abused by the man she loved and trusted. From the sister about how her beloved sibling was abused by her beloved brother. From the parent whose child they love has been raped by a trusted friend or relative. From the mother who herself has experienced sexual abuse and hasn’t got the ability to parent without fear and anxiety. From the parent who would give their life for their son about how he abused someone else’s precious child. From the victim who has turned to addiction to stop the pain of abuse they have suffered in their past.

They need to hear from the victim who finally gets the courage to report their abuse but is met by an untrained garda who is ill-equipped to provide the support and encouragement needed. From the victim who just received notification from the DPP that their case will not be taken forward. And from the victim who has been through the legal system and received no justice because the judge, jury and legal teams do not understand the crime of abuse adequately enough to either defend or prosecute a case.

Through hearing personal stories, we hope that our legislators will be moved to tackle the issues surrounding sexual abuse. We are seeking the following changes:

- Guidelines to ensure consistency in sentencing of all sex offenders.

- When sentencing, no consideration should be given to sex offenders for age, health or standing in the community.

- If sentencing is to run concurrently the sentence must be lengthened adequately to ensure justice is served.

- Incentives to reduce the length of sentence, any remission and or temporary release to be linked to the offenders’ participation and engagement in an evidenced based treatment programme.

- Treatment to be available to offenders both in prison and following their release; this will support their reintroduction in to society and reduce the risk of reoffending.

Ireland has proven that we can do the right thing by our citizens. We have the capacity to feel compassion and the desire to make people’s lives better

- Provide specialised training for all those who come into contact with or are required to support victims of abuse (judicial, Garda and frontline workers).

- Expert witness to be called in all sexual abuse cases to ensure court understands victim behaviour.

- Provide free services for those who need support.

- Fund a second SAVI report so that accurate information is made available to assist the much-needed strategic planning, development and implementation of services for victims, their families and offenders.

We need to ensure that sex offenders have access to evidence-based programmes like CoSA (Circles of Support and Accountability) which, through supporting convicted abusers in the community and holding them to account, have a proven record of reducing the likelihood of reoffending.

Ireland has proven that we can do the right thing by our citizens. We have the capacity to feel compassion and the desire to make people’s lives better. There is strength in numbers, and we have the numbers, so let’s use our pain to make the necessary changes and prevent further victims.