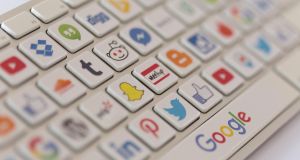 Globally, during the summer of 2018, Facebook, Google and Twitter updated their policies and created archives of political advertising.

Online advertising is the behemoth of 21st-century advertising, so it is unsurprising that it is now integral to any modern political campaign.

Around the world, a significant amount of advertising appears to exist for the sole purpose of creating online communities focused on spreading misinformation. The FBI, for example, found that the Russians spent millions putting misleading ads and misinformation into the social media feeds of US voters.

The significant danger of online advertising is its ability to microtarget segments of the population. Advertisers can choose to target people not only on the basis of their gender and age but also on their political attitudes, interests and friendship networks.

Moreover, microtargeting means adverts can be shown only to the targeted groups and remain hidden from everyone else.

Underpinning this is an almost completely unregulated environment and an absence of transparency. Electoral bodies around the world have not been able to track who has spent what, on which platform, or pushed which messages online..

But pressure to change has been building. For example, during the Repeal referendum last year, the Transparent Referendum Initiative, a voluntary group, set out to bring these online ads into the open.

In response, platforms such as Facebook and Google took the unprecedented steps of withdrawing and limiting abortion-related ads during the last weeks of the campaign.

Globally, during the summer of 2018, Facebook, Google and Twitter updated their policies and created archives of political advertising.

The EU also agreed a self-regulatory code of practice on disinformation with the platforms as a step towards securing transparency in online political advertising.

Of course, any code is only as good as its implementation and its effectiveness can only be ascertained through careful monitoring. The Institute for Future Media and Journalism at DCU was commissioned by the Broadcasting Authority of Ireland to implement such a monitoring process for Ireland during the European elections in 2019.

Our findings indicate that the digital platforms have much room for improvement if they are to comply with their commitments under the code.

We examined more than 1,500 political adverts included in ad libraries and datasets provided by Facebook, Twitter and Google. We found several specific problems, including a lack of clarity regarding who had paid for ads and how much was spent on ads. More worryingly, the only information available about microtargeting concerned gender, age and geography. Yet, the platforms often provide advertisers with a myriad of targeting options from attitudes and interests to network connections.

It was not possible for us to arrive at a clear, fully comprehensive picture of the nature and scale of political advertising on the three platforms in Ireland due to inconsistencies in the provided datasets.

We also found that issue-based adverts – those concerned with campaigning issues, such as immigration and the environment, rather than election candidates or parties – were only labelled by Facebook. Neither Twitter nor Google identified issue-based adverts in their datasets. There is thus much room for improvement.

This work complements FuJo’s broader interest in tackling online disinformation and the regulation of political advertising. In addition, as co-ordinator of the European Commission-funded project Provenance, FuJo is leading a team of computer scientists, media scholars and psychologists to develop tools that will help citizens identify online disinformation and manipulative strategies. Disinformation, we believe, is a complex problem that requires multiple responses.

No single action is sufficient. In addition to the current work of the European Commission, the European Regulators Group for Audiovisual Media Services and the Broadcasting Authority of Ireland, there is much to do in terms of advancing national regulation around political advertising and promoting digital and media literacy.

While these efforts by Facebook, Google and Twitter have improved political advertising transparency, policymakers and regulators need to be equipped to respond adequately to the existing and emerging challenges in this regard.

We need to have on the agenda a requirement for a searchable repository of online political advertising, which includes information about adverts (source, source location, content production, costs) and their distribution (channels, target audience, use of data). We should also enforce a requirement to include imprints on all online political advertising to indicate who is responsible for creating the material.

Without these actions, there are few impediments to those who would spend large amounts of money to influence election results, to spread misinformation in secret and, indeed, to influence voters from afar.

Jane Suiter is director of the Institute for Future Media and Journalism at Dublin City University. ElectCheck 2019, a report on political advertising online during the 2019 European elections, will be published on Tuesday.