Government should withdraw the appeal and apologise to our neighbours 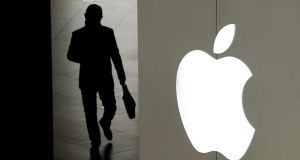 Irish Government should make a clear commitment to bring corporate taxation out of the shadows. Photograph: Andy Wong/File/AP

There is something gothic about the Irish economy: ghosts, shadows, phantoms. For years after the great crash of 2008 its iconic image was the eerie spaces of the ghost estate, the half-finished houses looking like the ruins of a collapsed civilisation. Every so often the Central Bank issues anxious bulletins about the number of “shadow banks” based here, chimerical entities that are not banks but engage in “bank-like activities”. They hold assets (mostly for multinational corporations) many multiples of the size of the real Irish economy. In 2017 the Central Statistics Office calculated that there was €2.8 trillion flitting around in these shadows – that’s €2,858 billion. And last week we learned from the International Monetary Fund that nearly two-thirds of Ireland’s much-trumpeted foreign direct investment, amounting to $500 billion, is “phantom”, which is to say it is merely money moving through shell companies to avoid taxation.

And if you mess around with phantoms, they will come back to haunt you. Today, the European Union’s General Court (the second-highest judicial body) will begin to hear the appeal by Ireland and Apple against the ruling by the European Commission in August 2016 that the tech giant should repay €13 billion plus interest (€14.3 billion in all) given to it by the State in allegedly illegal tax breaks. This appeal is a disastrous miscalculation by the Government. At a moment when Ireland has never been more in need of solidarity from our EU partners, we are fighting (as Boris Johnson would say) in the last ditch to defend the indefensible. We are hoisting our Tricolour alongside the skull-and-crossbones of global tax piracy.

This – in spite of all the spinning – has nothing to do with Ireland’s right to charge a low 12.5 per cent corporation tax rate. Apple Sales International paid an effective tax rate that declined from 1 per cent in 2003 to 0.005 per cent in 2014. Strictly speaking, this is not a tax case at all. The ruling by the formidable commissioner Margrethe Vestager relates to competition policy and the contention that this special tax arrangement for Apple was an illegal State aid to a private company. But those paltry rates are shameful, not just because they distort competition between corporations, but because they attack the whole basis of civilised democracy: fair taxation.

And because they draw the State through the looking-glass into a world of pure fiction. The State colluded with the greatest work of Irish fiction since Ulysses. In the commission’s words, it “endorsed a way to establish the taxable profits for two Irish incorporated companies of the Apple group (Apple Sales International and Apple Operations Europe), which did not correspond to economic reality”. Almost all profits on sales recorded by these two companies were internally attributed to a “head office”. But these “head offices” existed only on paper and could not have generated such profits. We went along with the ghost story that these “head office” profits existed in some fourth dimension of time and space, able to hover without touching down anywhere at all and thus (this being the point) not subject to tax in any country.

This is just wrong. It corrupts truth. And it is not a victimless wheeze. To add another layer of gothic imagery, it is vampiric. It is precisely this collusion of governments in corporate tax avoidance on a staggering scale that is sucking the lifeblood out of public services across the world and creating gross inequality by channelling almost all the new wealth being created towards the top 1 per cent of the population. These conditions lie at the heart of the current crisis of liberal democracy – you can’t sustain the illusion that we all matter equally when the wealthiest corporations can opt out of the obligations of taxation that apply to ordinary hard-pressed citizens. And Ireland is suffering the blowback just like everybody else: Brexit is its most obvious manifestation in our neighbourhood. We cannot poison the well and expect to keep drinking the clear, clean water of democracy.

Either Apple had a special deal in Ireland, which is illegal, or it didn’t – in which case its scandalous arrangements were available to everyone. Either way, this is bad. But the Government admits nothing. It deliberately defied EU law and had to be ordered a second time to collect the money from Apple. As of last March, the State had paid €7.1 million to lawyers to fight for Ireland’s sovereign right to help the world’s richest corporation make stuff up and avoid taxes – presumably the final bill will be much higher. All of this while trying to persuade the world that, while we may have done bad stuff in the past, we are now going clean. Our message: we didn’t do it but we’re not doing it any more.

It is not too late to stop disgracing ourselves. The Government should instruct its lawyers to stand up, withdraw the appeal and apologise to our neighbours. It should make a clear commitment to bring corporate taxation out of the shadows and to banish the phantoms. And then it should begin an overdue national conversation about how we exorcise the ghosts that haunt our claims to be decent global citizens.