Glass ceiling in Irish higher education needs to be smashed 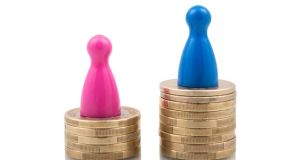 “If we rely on natural progression it will take 20 years for gender balance to occur naturally in the university sector at professor grade.”

On February 6th, 1918, Irish women were given the right to vote. Not every woman, just women over 30 who had property rights or a university education.

In the intervening 100 years, many things have changed – technology, living standards, pace of life, connectivity, life span, health, access to education; women are embracing all types of careers across all sectors.

And yet in Ireland, in higher education, or specifically the university sector, there is not and never has been a female president in any of the seven Irish universities.

Why are there so few women in the top leadership positions in higher education? If this continues, without significant representation of senior female leadership role models, the future of the sector looks equally bleak.

How can we smash this glass ceiling in higher education?

The gender equality task force announced by Minister for Higher Education Mary Mitchell O’Connor was established to deep-dive into this very question and the long-awaited report published today will hopefully address some of these challenges.

The recent (July 2018) report Higher Education Institutional Staff Profiles by Gender published by the Higher Education Authority (HEA) quantifies the proportion of female staff in higher education institutions at 54 per cent. So gender balance exists. But if we delve beneath the top-line figures, we see that it is not necessarily inclusive or equitable.

If we look in detail at the higher-grade academic roles, for example the university professor role, we see a much lower proportion of females. In our universities, 77 per cent of professors are male and only 23 per cent are female. In our institutes of technology, the picture is only slightly better with 31 per cent of the highest-paid academic roles occupied by women. Recent court cases reflect some undercurrent of gender bias in the culture of higher-education institutes. This is borne out by the modelling undertaken by the HEA as part of the task-force research, which shows that if we rely on natural progression it will take 20 years for gender balance to occur naturally in the university sector at professor grade. The absence of females at the leadership level in higher education is, I believe, a significant barrier to change.

But let’s not focus on higher education in isolation. If we compare the higher education sector with the financial services sector, there are some parallels to be drawn. The 30% Club report on women in management published last February reveals that just 13 per cent of chief executives are women. The broader industry average is 17 per cent female chief executives. While the gender ratio reaches parity at lower levels within financial organisations, at higher levels there is a steady decline reflected in a reduction of 6-7 per cent in female representation at each level.

Why are we not using 100 per cent of our talent to fill our skill gaps? It has been shown that there is a direct correlation between financial success and female representation at senior level in business. As a result of demographic and cultural changes, underpinned by changes in connectivity and technology, gender diversity is an increasingly crucial issue for all organisations.

For me, at the heart of all organisational change is strong leadership that challenges deeply embedded beliefs

In today’s fast-paced and progressively digital world, the very essence of what constitutes successful leadership is changing. In my experience, successful leadership must bring with it accountability for the inclusion of gender diversity in decision-making processes and an appetite for embracing real change.

While the task force is a great step forward, our current leadership and presidents need to step up and become real catalysts for change.

If I look at my own career, I have been fortunate to become a chief executive and I have never personally sensed a gender barrier. But looking at the numbers of senior females in organisations, three decades later we still have a long way to go in Ireland.

Creating a gender-balanced pipeline will take a concerted effort that requires the active participation of government, educators, parents and industry. But we must address this issue for a sustainable economic future in Ireland.

There is some good news. If we compare the gender position in business, particularly the technology sector, in which I work, we see that women now occupy an increasing proportion of board and chief executive positions. These women in turn have been instrumental in breaking down barriers and improving the pipeline of talent particular to females in those organisations. This proves that role models in senior leadership roles are key. A role model engenders belief, encourages bravery and drives the organisational commitment to push through perceived and real barriers.

For me, at the heart of all organisational change is strong leadership that challenges deeply embedded beliefs; provides the personal catalyst for cultural change; and encourages inclusive behaviours and rejects unconscious bias. It is the current leadership within higher education, and indeed leadership across all sectors of Irish society, which bears a responsibility to enable females to take their rightful place at the helm, 100 years on.