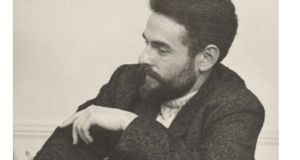 Mark Grantham: writer and co-creator of the radio drama The Kennedys of Castleross

Before the Kennedys of Massachusetts became a big thing in these parts, Ireland was in thrall to the doings of another family of that surname, the Kennedys of Castleross. Twice a week, every Tuesday and Thursday from 1955, the nation tuned in for the latest 15-minute episode of the radio drama.

Factories adjusted lunch-hours to facilitate. In areas yet to be electrified, a survivor recalls, people rationed wireless use to save their batteries for the programme: “No-one missed it.”

The series ran for 18 years.  And it may surprise those who remember it that the show’s creator died only last spring, an event apparently unnoticed by national media. It might also astonish some former fans to learn that this defining chronicle of 1960s Ireland was written by a Jewish New Yorker.

Mark Grantham, as he became known, was born in Brooklyn in 1931, the son of Hungarian immigrants. His parents were humble, a tailor and a cook, but they set him on an upward trajectory, via the prestigious Boy’s High School.  Past students had included Isaac Asimov and Norman Mailer. Grantham’s mentor would be a notoriously snobbish teacher named Harriet Haft.

One of his contemporaries at the school was Norman Podhoretz, the author, political commentator, and Trump-supporting “paleo-neoconservative”. In an early autobiography, he disguised Haft as “Mrs K”, whose mission was to turn Jewish boys into “facsimile WASPs” (the White Anglo-Saxon Protestants who traditionally ran America).

But whatever about Podhoretz, her ambitions for Grantham must have taken a wrong turn somewhere, signposted Ireland. There were dramatic plot twists in between. After first graduating from New York University, he worked for a betting newspaper, providing the straight journalism it required as legal cover.

Then he was drafted into the army, where among other things he lost his name. Grantham had been born Marvin Gross, but reinvented himself after a period as a “very bad soldier”. The army suspected him of communism and, when he volunteered for the Korean War, refused out of fears he would defect to China.

He was cleared of being a Red but was under arrest for insubordination when his Good Conduct Medal came through. The charge was “lost” by a friend in barracks and he was honourably discharged, adopting his new identity.

Educational funding for ex-soldiers facilitated a move to Dublin’s Trinity College, for which he was recommended by an Irish literary specialist at NYU. But a famous Trinity dean, Con Levanthal, gently broke it to him that his undergraduate grades would not justify a doctorate in such competitive fields as Joyce or Yeats. He had to settle for William Carleton instead and never finished.

Creating the Kennedys with a fellow student, Bill Nugent, he went on to write 800 episodes, in the process also accidentally launching the career of Hugh Leonard, who escaped the Civil Service first as a scriptwriter on the series. Lee Dunne and David Hanley wrote for it too. The show also benefited from some fine actors, including Marie Kean.

Decades before Mrs Doyle, Kean’s Mrs Kennedy was known for solving all the world’s problems with a “nice cup of tea”. This was perhaps unfortunate because the show was sponsored by Fry’s Cocoa. In fact, the whole idea had come from the brand’s advertising agency. But when the sponsorship was withdrawn – the endless promotion of tea may have been a factor – RTÉ bowed to the high ratings by carrying on.

There was only one letter of complaint when the series did finish in April 1973, yet listening figures were still high. Set in a vague but well-heeled part of rural Ireland, possibly Kilkenny, the programme may have been the victim of RTÉ budget-tightening. Liam Cosgrave’s coalition had just come to power.

Having thrived under the Lemass-Whitaker economic plans, the Kennedys of Castleross went out with the Minister for Hardship.

Grantham did many other things in screen writing and journalism, working in London’s Fleet Street and in Paris for a time. He also achieved something that has eluded the real-life Kennedys so far.

The sufferings of his mother’s family during the Holocaust helped propel him to become head of information in Amnesty International in its greatest years. As such, he was part of the team that went to Oslo in 1977 to accept the Nobel Peace Prize, for defending prisoners of conscience.

The same year he had launched the fictional Kennedys, 1955, Grantham married a Bray woman, Mary McCormack, and founded a real-life family including their son Bill, now a lawyer and film producer. After various travels, the couple spent their last years in Wicklow. When Mark Grantham died at Rathdrum in February, he was 88.