O’Brien’s The Third Policeman – with its unending, hellish plot – is the Brexit Code 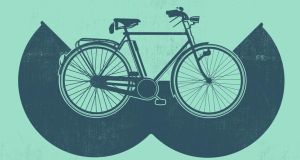 The Third Policeman: the secret key to another long-running drama in which everyone is lost and everything begins to look a lot like hell: Brexit.

In 2005, viewers around the world were sucked into a meandering TV drama called Lost, in which it was never quite clear what was going on.

Then the writer let it be known that, in the third episode of the second series, there would be an important clue. The clue was that one of the characters was seen reading Flann O’Brien’s novel The Third Policeman, written in 1940, in which the reader begins to realise what the nameless narrator does not: that he is in hell.

11 Moses Farrow: ‘I felt inherently like I was a bad kid. The abuse at home reinforced that’

13 Nanny state? After the mess here in Texas, I’d give my right arm to live in one

22 Frost dispenses with the manual of diplomacy for NI protocol

23 Covid-19 vaccines: What’s going on and why are targets being missed?

25 Loyalists and the Irish Sea border: ‘From what I’ve seen it’s all hyped up’

27 All Creatures Great and Small: Who was the real James Herriot?

29 What a work-from-home space should cost: Converted attic, garden office or spare room

30 How Enter The Dragon became a martial arts phenomenon

31 Will the new first-time buyer plan push up house prices?

39 Standing up to China: Biden seeks allies’ support in contest with Beijing