Fintan O’Toole: David Drumm is as entitled to bail as anyone else 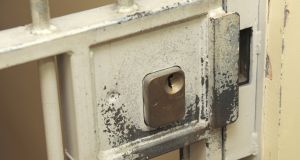 “Other than broad allegations of threats to his safety, we do not know what David Drumm has experienced in prison. But we do know that the US prison system is a disgrace to a civilised country”.

Suppose I told you that an Irish citizen was being held abroad on charges that have yet to be tried. Suppose this legally innocent citizen is locked up in a notoriously dangerous prison system, where prisoners are regularly subjected to violence and sexual assault. Suppose his lawyers claim he has had to be moved four times in two months because of concerns about his safety and that he is living in solitary confinement, a condition known to pose a serious risk to mental health.

Suppose there is no evidence this Irish citizen himself poses any current risk to anyone and that he has offered to remain under secure house arrest. Suppose, finally, that in spite of all of this, the foreign government insists on holding him under harsh and dangerous conditions and that one of the reasons it gives for doing so is that it does not wish to offend the Irish government.

If I told you all of this, you, being a decent human being, would surely feel that this situation stinks. But how do you feel when I mention that the name of the Irish citizen who has been stuck in it is David Drumm and that he is the former chief executive of the most reviled institution in the history of the State, Anglo Irish Bank? Drumm is being held in a maximum security prison outside Boston while awaiting extradition hearings relating to 33 charges dating from his time at the bank. He has been in custody since October 10th last. On Monday, a judge ruled that he will not be granted bail pending the hearing of his appeal against extradition on March 1st. By that stage, he will have been locked up for the best part of five months.

Human rights are awkward – they apply to people we don’t like. None of us knows whether David Drumm is guilty of any of the offences the State has charged him with or of any other crime, and he is entitled to the presumption of innocence. It is probably fair to say, however, that he is a deeply unpopular person because of the enormous damage his bank did to Ireland and because of the attitudes apparently on display in the Anglo tapes.

But deeply unpopular people don’t need the protections of human rights and common decency any less than anyone else – they need them more. And someone has to say that what is happening to Drumm is utterly indecent – and that the State has an obligation to do what it can to protect him.

Does not pose danger

Other than broad allegations of threats to his safety, we do not know what David Drumm has experienced in prison. But we do know the US prison system is a disgrace to a civilised country. Violence against prisoners is so common that a standard plot line in pretty much every cop show is the interrogation of a suspect being successfully concluded when the cops mock the kid with previews of the rape he will suffer in prison. Sexual assault is so under-reported because of fears of reprisal that official figures are meaningless, but respected studies suggest a minimum of 88,000 sexual assaults on prisoners a year, more than half of them committed by staff. Other forms of violence – beatings, stabbing and relentless psychological intimidation – are so commonplace as to be virtually routine.

No one, convicted or not, should be subjected to these conditions, but a civilised government has a particular duty to ensure that citizens who have not been convicted of any crime are spared such horrors. But in Drumm’s case, our State is doing precisely the opposite. As the judge Donald Cabell put it in originally refusing bail, “Ireland (through the US Attorney) has specifically asked that the defendant be detained pending his return to Ireland, underscoring . . . the diplomatic necessity for detention”.

There is no necessity, diplomatic or otherwise, for David Drumm to be held in conditions that are, to use the US constitutional standard, not unusual but certainly cruel. On the contrary, there is a compelling necessity for one of the most important prosecutions in the history of the State to be conducted with dignity, decency and scrupulous fairness. This is a moment in which our State is trying to recover some sense of justice. That moment should not be tainted by what looks disturbingly like vindictiveness.