‘As regards the response of the Department, one gets a sense, distressingly, that the severity of what was involved was not appreciated for some time’ 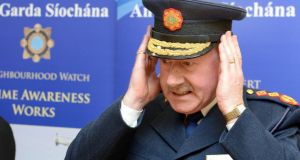 ‘The Commissioner learned of the recording of telephone calls in Garda stations in October 2013.’ Photograph: Brenda Fitzsimons / THE IRISH TIMES

It’s tempting, particularly in pre-election times, to focus on the political ramifications of the interim report of the Fennelly commission, but in the weeks preceding the likely passing of the Garda Síochána (Policing Authority and Miscellaneous Provisions) Bill 2015 it is essential that we read this report from the perspective of police governance and accountability.

Considered through that lens, the report sheds new light on how the systems of accountability and governance operate in Ireland at the political level. We have for the first time details about the interactions that occur between the key players involved: the Garda commissioner, the secretary general of the Department of Justice, the minister for justice, the attorney general and the taoiseach.

The framework of accountability is important here: Section 40(1) of the Garda Síochána Act 2005 states: “The Garda commissioner shall account fully to the government and the minister through the secretary general of the Department of Justice, Equality and Law Reform for any aspect of his or her functions.”

Even before this was stated in legislation it was agreed that the commissioner was democratically accountable to government and at times when concerns about the accountability of an Garda Síochána were expressed, this has continually been stated as both effective and ideal. It’s been the reason given for not establishing a policing authority previously: the government holds the gardaí to account and that works.

Fennelly exposes the disabling weaknesses in this approach to accountability.

Former Garda commissioner Martin Callinan learned in October 2013 of the recording of telephone calls in Garda stations. The extent and legality of these recordings will be the subject of the final report of the commission, which will, I suspect, be one of the most shocking reports on the administration of justice in Ireland.

The severity of what is at stake – the validity of thousands of prosecutions and convictions – cannot be overestimated.

It is arguably even more shocking that neither the secretary general nor the Attorney General then informed the then minister, Alan Shatter. Indeed, the minister knew nothing about this until late March 2014. Fennelly accepts the AG’s position that the gardaí were “proprietorial” about their relationship with the minister and that going over their heads and speaking directly to the minister would not have been welcomed.

As regards the response of the department, one gets a sense, distressingly, that the severity of what was involved was not appreciated for some time. Why the written report when it was submitted to the department in March was not brought to the immediate attention of the minister is not fully explained by Fennelly.

And let’s put this in context. During the period in question, the Smithwick, Cooke and Guerin inquiries were ongoing or being established. An Garda Síochána was subject to an alarming amount of negative attention. One would expect that the minister who was tasked with holding the commissioner to account, a function that repeated governments had fought to hold on to, would be diligently overseeing policing. But between October 2013 and March 2014 there was no face-to-face meeting between the minister and the commissioner and few between the commissioner and the secretary general.

This is fire-brigade accountability: responding to problems when they are known, but if the commissioner or the department does not bring them directly to the attention of the minister the policing service is not held to account.

That’s not satisfactory, sufficient or functional. It’s a disservice to the public and to An Garda Síochána. The minister, the secretary general, the commissioner and possibly the AG all have a hand in those failures. And yes, the minister and commissioner resigned and the secretary general moved to the Health Service Executive. But the failures occurred not just because of personalities: they happened because of powers, systems and embedded cultures across the police, the Civil Service and political spectrums. So the departure of those individuals, while important for accountability, won’t resolve the issues and won’t prevent events such as these happening again.

However, the Minister will have the power to determine that a matter relates to national security, which will have the effect of removing it from the purview and oversight of the policing authority. As the legislation provides a statutory definition of national security, I would suggest this determination should be a judicial and not a ministerial function.

When this legislation comes to the Dáil in the coming weeks a significant discussion about the depoliticisation of policing in Ireland is needed. This will require difficult discussions about who performs national security functions in the State and an acceptance of how this form of policing oversight is not functioning.

Vicky Conway is a lecturer in law at DCU’s School of Law and Government and author of a number of books on policing in Ireland, including Policing Twentieth Century Ireland

1 Civil War rape which led to pregnancy recalled in new TV documentary
2 Dublin will need a rescue plan after these new Covid-19 restrictions
3 Mike Murphy: ‘I won’t do another over-70s lockdown’
4 Martin ‘seriously concerned’ at Covid complacency amid pressure over church events
5 Born to ride, born to win: Sam Bennett, the making of a green machine
Real news has value SUBSCRIBE