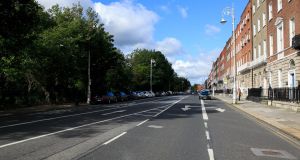 Our persistent belief in human progress co-exists with fear of the opposite – that around every corner is a turn that could cause civilisation to swerve off course. When a crisis hits, we are therefore inclined to regard it as a hinge capable of re-shaping history. That was true of the two global shocks of the century, 9/11 and the 2008 crash, which shattered assumptions about our world and left scars that remain tender to this day. Yet while the fallout from both events continues to shape our attitudes and haunt our memories, the familiar patterns of today’s geo-politics, the dominance of banking and the resilience of old political orthodoxies tells us that their long-term consequences were also more limited than many expected.

From today’s vantage, the dimensions of the coronavirus pandemic belong on a different scale. The death toll is already a multiple of most wars and the blow to the world economy has been greater than any in a century. Every day, the unthinkable becomes real: entire countries under lockdown, cities turned into ghost-towns, makeshift morgues in public parks, millions made unemployed. No crisis of these dimensions could pass without leaving a legacy. But whether the Covid-19 crisis comes to be seen as ranking alongside the assassination of the Archduke Franz Ferdinand in Sarajevo in 1914 or, instead, as a terrible if temporary shock that gives way to the more familiar rhythms of life is still an open question. The answer rests on two things. First, the speed with which the pandemic is brought under control, most likely through mass vaccination. And second, whether we can learn the lessons of the pandemic and use that knowledge to reimagine the post-Covid world for the better.

The battle lines are already drawn. Internationalists see in the crisis an argument for deeper cooperation and collaboration across borders, most pressingly on global warming. Nationalists blame globalisation for worsening the pandemic by enabling its spread and see the crisis as having exposed the folly of global supply chains.

Even as we crave a return to normal, we must insist that there can be no going back. The crisis has devastated our cities, but it has also given us glimpses of how – with less traffic, more outdoor dining and lower pollution – they can be transformed. In having to designate certain workers as essential, we have been reminded of the debt we owe to our doctors and nurses, retail staff, carers and refuse collectors. The post-Covid-19 future is neither written nor pre-ordained; it will be fought over. If this is to be a transformational moment, if the horror of 2020 is to give way to a more enlightened way of living, and if the French novelist Michel Houellebecq is to be proved wrong when he suggests that the world of tomorrow will be “the same, just a bit worse”, then those who see a better future must speak up.