Uncertainty has gripped the economy. Here’s where we’re at in this strangest of recessions 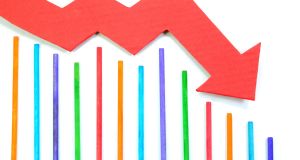 Output in modern multinational-dominated sectors continues to rise but in more traditional sectors is down sharply. Image: Getty Images

Uncertainty is the only sure thing, and if you want to know when it is going to end, ask an immunologist, not an economist. But here is where we are at right now.

Unemployment shot up during the lockdown. The jobless rate among those over 25 is now around 12.6 per cent and much higher for younger workers. Over the coming months it will be clear that many jobs are not coming back and Government jobs market policy will have to step up in areas such as training, reskilling and jobs placement.

Big fall and a bounce – but where next?

The domestic economy collapsed by around 18 per cent between the final quarter of last year and the second quarter of this year. It has bounced back and is at the less damaging end of the scenarios outlined by IFAC. But with new restrictions no one is sure where it goes next and there are worries that the recovery could run out of steam.

A big gap has quickly appeared between Government spending and revenue. The deficit could hit €30 billion this year – taxes are ahead of expectations at the start of the crisis, but there are extra pressures on spending. IFAC calculations look at spending, excluding debt and interest, and revenues excluding potentially volatile corporate tax, to try to look at the underlying picture. There will be another big deficit next year, with a need to borrow up to €15 billion before any budget measures are considered.

A tale of two economies

Output in modern multinational-dominated sectors like pharma, chemicals and medical devices continues to rise, but in more traditional sectors output is down sharply. The strength in multinational sectors has protected better-paid jobs and tax revenues.

Unemployment shot up when the economy was shut down and, while it has fallen back, remains worryingly high. The rate, including those on Covid-19 payments, remains much higher for the under-25s than for older employees. Measuring youth unemployment is difficult – some of those on the Covid-19 payment will go back into education, for example, or part-time jobs. But clearly a youth unemployment crisis is looming, with younger, often lower-paid workers in sectors like hospitality, tourism, entertainment and retail at most risk.