The Irish Times view on the CAO offers: Stepping through the minefield

Students who were left disappointed on Friday should remember that they still have many options, and they can sit the written exams in November if they wish 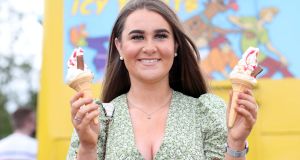 Few things are more important in the eyes of many parents than ensuring their child’s successful progression through our second-level education system and on to an appropriate third-level programme.

In the past six months, that path has been littered with obstacles. Schools closed, exams were (after much official dithering) abandoned, teachers were persuaded to abandon a lifetime of resistance to assessing their own students, and then the Department of Education built an entirely new algorithm to amend and standardise the grades submitted by teachers.

On Monday we saw the outcome of all of these decisions with the publication of the assessed grades for this year’s Leaving Cert class. Teachers assessed their students in the most positive light possible, resulting in a huge increase in the higher grades submitted to the department. Certain subject departments in some schools, and in other cases entire schools and private institutions, may have awarded grades well in excess of what would have been typically the case and what other schools did.

If the department had left this data unchanged, it would have built in a huge level unfairness in determining the assessed grades allocated to students, affecting not only other current-year students seeking college places through the CAO, but the 10,000 students from 2019 and others from earlier years, seeking college places in 2020. Still, by reducing the percentage marks in 17 per cent of cases, the department has set off alarm bells among parents in higher-performing schools. In reality the department had an unenviable dilemma: it could disadvantage high-performing students in lower-performing schools or it could produce a system that worked to the disadvantage of those in high-performing (including fee-paying) schools. It was correct to choose the latter course.

Yesterday’s CAO offers brought joy to tens of thousands of applicants, although the points shot up across the board in many already high-points courses. The actions of the Government over recent weeks in creating additional college places kept the points increases modest in many cases. Engineering in UCD saw places rise by 54 from 269 to 319, with points requirement up 20 from 511 to 531.

Students who were left disappointed on Friday should remember that they still have many options, and they can sit the written exams in November if they wish. For its part, meanwhile, the Government is now waiting anxiously to see if the system has passed the public-perception-of-fairness test. If so, it will have emerged unscathed from a situation that could have thrown it into yet another crisis. Still, neither the Government nor the class of 2021 will have any desire to repeat the dubious experiment.