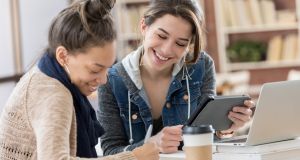 The consultation with students and parents as part of the National Council for Curriculum and Assessment (NCCA) review of the Leaving Cert, reveals a surprising ignorance on how the exam has been radically transformed, as revised curriculums across a wide range of subjects have been introduced. Calls for the exams to be spaced out, and a broader array of assessment methods used, will surprise many teachers who are currently delivering these revised curriculums. The days in which a student’s performance in a single written exam in June have long since passed, but the public perception has failed to register this reality.

In history, geography, politics, religion, and home economics, 20 per cent of overall marks are awarded for project work. This percentage increases to 40 in the cases of design and communications graphics, 50 in the case of technology and the recently introduced physical education curriculum, and 60 in the Leaving Cert Vocational Programme. The continental languages subject awards 25 per cent to orals with Irish allocating 40 per cent. Both art and music have substantial practical components. At the insistence of the teaching unions, the principle that all examinable work is externally assessed has been maintained.

A major concern raised by the research finding is the effect of the CAO points system on teaching and learning. Since the numbers taking the Leaving Cert surged in the mid 1970s, following the introduction of free second-level education, the perception that a candidate’s score in the resultant CAO points system, determined their entire future has shaped the consciousness of the nation, including its teachers.

The reality in terms of student progression opportunities has in fact changed radically. The development of the level 1-10 qualifications structure, which is replicated throughout the EU, enables students to progress to their desired occupational interests and preferred courses at a pace in tune with their ability and aptitudes. There are thousands of places on offer annually in Further Education (FE) which link directly after one-two years into high-demand courses, bypassing the CAO points requirements, with students securing their places based of their FE award.

Ireland’s movement to a more balanced academic/vocational model of post-second level education is gathering pace, with programmes being launched in insurance, taxation, financial services, pharmaceuticals, chefing and so on.

Along with being paid during their programme, many apprenticeships lead to honours degrees at level 8. Thousands of students are also now progressing to degree programmes in other EU countries, where points requirements are not a factor. Public perception seems to be out of sync with the reality of the Leaving Cert, and its function in educational progression.