The Irish Times view on insurance reform: urgent need for an overhaul

There is a need for more comprehensive guidelines for awards, recalibrated at a lower level 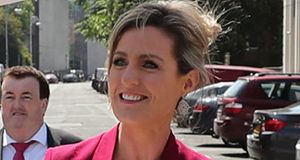 The controversy over Dún Laoghaire-Rathdown TD Maria Bailey’s now withdrawn personal injuries claim against a Dublin hotel again puts the focus on the promised reform programme for the area. The amounts awarded for personal injuries, and notably for whiplash in motor insurance claims, is way above the international norm here and in turn this feeds through to higher premiums. A number of reports have agreed on the analysis, but action in response is taking more time than it should.

There have been signs that the judiciary is increasingly aware of the issue in some recent decisions. However, there is general agreement that there is a need for more comprehensive guidelines for awards, recalibrated at a lower level than currently prevails and offering more consistency. How to get there has been the question.

Legislation is currently moving through the Oireachtas intending to allow the appointment of a Judicial Council, a representative group of the judiciary which would, inter alia, set guidelines for different kinds of personal injury awards. This would effectively replace the current Book of Quantum, the existing guidelines for awards. Separately, the Law Reform Commission will consider what role the government of the day might have in setting award levels.

As so often happens, these and other necessary reforms are taking a long time to come to fruition. It could be next year before a Judicial Council is up and running and even then it will need time to do its work on claims guidelines. Meanwhile, despite the best efforts of the public servants who completed work on the cost of motor and public liability insurance, some of its key recommendations also remain to be implemented. It will still be some years, for example, before we have reliable data on the contribution of legal costs to claims and the breakdown of these.

The insurance industry has not been blameless in the disruptions in the market in recent years, notably through underpricing motor insurance before the crisis hit the sector, thus leading to an inevitable bounceback in premiums. While there are no signs that the industry as a whole is profiteering on public liability insurance – with the most recent figures showing underwriting losses – some of the recent increases imposed on businesses look excessive.

A drive is now needed to get the reform programme through, completing the recommendations from the Cost of Insurance reports and the Personal Injuries Commission. As well as the Judicial Council, a number of other issues need to be addressed, including better care of these injured and the sharing of more information to combat uninsured driving and fraudulent claims. It is to be hoped that this breaks the current culture, which encourages claims even in cases where the claimant is at fault.

1 ‘It was pitch black’ - Rescued teenager describes night afloat with her cousin in Galway Bay
2 Coronavirus: We must save lives but we also need to live
3 Coronavirus: 67 additional cases but no new deaths reported in the State
4 Irish team wins international competition with dementia app
5 Tipperary mushroom plant suspends work as staff test positive for Covid-19
Real news has value SUBSCRIBE