Jobstown protest: A case for Gsoc to investigate 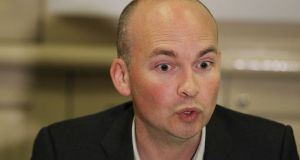 If Paul Murphy wishes to have Garda evidence on water charge protests at Jobstown, Tallaght, in 2014 investigated, he should make a formal complaint to the Garda Síochána Ombudsman Commission (Gsoc).

Independent of the Garda, the commission has the power to question police officers, seize written and electronic records and make disciplinary recommendations.

The approach would be cheaper, quicker and more effective than a long-drawn-out public sworn inquiry.

The Solidarity TD has chosen to ignore this option in favour of raising the political stakes and demanding a public inquiry. In the process, he has used the Dáil to accuse gardaí of a conspiracy to commit perjury.

This behaviour is consistent with his approach after being found not guilty of falsely imprisoning former tánaiste Joan Burton and her assistant Karen O’Connell. Then, he welcomed the verdict as providing a political platform from which to broaden his party’s appeal. It is politicking at its most crude.

That said, making an example of troublesome individuals who challenge authority, as a warning to others, has been a traditional response in this society.

Such a reaction may have contributed to the approach to the Jobstown defendants and to them facing the very serious charge of false imprisonment rather than the incident being treated as an extremely unpleasant public order offence.

In spite of reinforcements, efforts by the Garda to control the situation had been thwarted by angry protesters while a minister had been set upon, vilified and prevented from leaving. It was not a peaceful protest and the Taoiseach was correct when he described it as thuggery.

In court, three senior gardaí made similar errors of recollection when recalling what Murphy had said during the protest. A video recording contradicted this evidence, however, and was accepted by judge and jury.

Those charged were not victims, as suggested by Murphy, but that might have been different without the video evidence. Confidence in the Garda Siochána is not an optional extra. It is the bedrock of public compliance and a properly functioning society.

As a succession of scandals wash over the force, it is essential the public are assured that when gardaí give evidence in court, they speak nothing but the truth in accordance with their best recollection of sometimes fraught situations.

A Garda statement, saying a senior officer was conducting a review of organisational practices and policies arising out of Jobstown and “other issues of note”, may also have created the misleading impression that it would include evidence given in court. The Garda Commissioner made clear yesterday that this was not the case.

A full Gsoc investigation is needed and Paul Murphy, if he is serious about anything other than crass political advantage, could usefully seek it.