Europe’s future: what the EU must do next 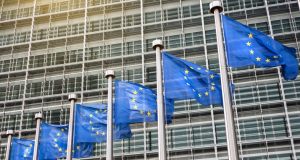 The EU’s great strength is simple necessity: in today’s world even very large nation states like Germany, France and Poland cannot deal with crucial challenges on their own.

At the beginning of this year, the future of the European Union was in serious doubt. After last year’s Brexit referendum, there was the prospect that elections in Austria, Holland, France and Germany might either bring far-right parties to power or give them a decisive influence. In the first three countries, the reactionary tide has been turned back and in Germany the far right seems to be on the wane.

It may be that the tragi-comedy of Brexit has had a sobering effect on popular Euroscepticism. The annoyances and frustrations of being in the EU look rather more bearable in comparison to the mess the UK is making of leaving it. Yet, as our series on the future of the EU this week has suggested, relief must not give way to self-satisfaction. The EU has been given some breathing space to deal with its problems, but the problems themselves remain.

The Union’s great strength is simple necessity. The conditions of today’s world mean that even very large nation states like Germany, France and Poland cannot deal with crucial challenges from environmental degradation to the fair taxation of transnational corporations, from international terrorism to the regulation of increasingly globalised trade, on their own. Even after Brexit, the UK will find itself having to try to recreate a second-best version of the networks of transnational mutuality that the EU provides.

But to recognise that the EU is necessary is not to deny that many of its citizens see it at best as a necessary evil, an institution regarded with reluctance and resignation rather than embraced with enthusiasm. To say that if the EU did not exist, it would have to be invented is one thing. To imagine that, if we were starting from scratch, we would invent just what we have now is quite another.

The European project is a noble one that has changed our world for the better. But it cannot rely forever on the nobility of its founding energies, drawn as they were from the need to react against the horrors of the 1930s and 1940s. The deaths of Helmut Kohl and Simone Weil remind us that the generation that bore those memories like a scar on its heart is gone. If it is to be regenerated, the project must find a renewed sense of nobility in the fight for democracy and equality. It has to stand up against the creeping authoritarianism in its own ranks, most notably in Poland and Hungary. It has to make its own institutions more transparent, accountable and responsive. And it has to become the standard bearer in the fight against the ever-increasing economic inequality that makes long-term political and social instability impossible.

Since the Eurozone crisis, the EU has spent too much time telling governments and citizens what they cannot do. If it is to survive, it must inspire them with the sense of what they can.

1 Des Bishop: ‘The last time my mother spoke was to say sorry’
2 A Ryan Tubridy interview takes a terrifying twist
3 Dublin house deaths: Three young children named
4 Some get up early to go to the gym, others because they slept in a doorway
5 My husband and I like different things in bed and it's driving us apart
Real news has value SUBSCRIBE