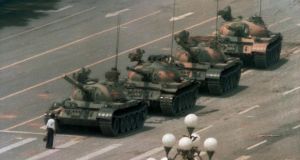 Thirty years ago the Chinese Communist party made a fateful decision that haunts it to this day. On June 4, 1989 it ordered the People’s Liberation Army to crush a student demonstration that had occupied Tiananmen Square in central Beijing calling for democratic and social reforms. It is likely that thousands of young people were killed in the crackdown.

Outside China, what happened in Tiananmen Square is regarded as a massacre. For the Communist party leadership, it is merely the “June 4 Incident”. Yet despite a sustained attempt to expunge it from the official version of history, the massacre and its aftermath continue to shape China’s view of itself and the world, feeding its intolerance of internal dissent, its paranoia about a hostile west, and a sense of historic victimhood.

In the three decades since that terrible moment, China has been transformed. It is an economic, technological and military superpower with only the US as a rival. It is integrated into the globalised world and its companies have captured huge markets abroad, led by the innovative and controversial Huawei. It also has interests around the world that it promotes aggressively.

Yet Chinese society remains as oppressive as it was in the years before Tiananmen. President Xi Jinping is the most powerful leader since Mao Zedong, and he has the personality cult to prove it. Freedom of expression and of assembly is carefully controlled, the state often communicates through hectoring and propaganda, and its treatment of its Uighur Muslim minority is monstrous.

China’s communist regime appears to have learned two lessons from Tiananmen. One is the importance of total control, and the other is a curious sense of its own fragility. Despite its vast power, the party-state relies for its legitimacy on the consent of the Chinese people. So far, such consent has been purchased through economic growth and hyper-capitalism. These are narrow foundations on which to build a modern society.

The outside world often looks at China with awe. This is understandable. But we must never be complicit in forgetting Tiananmen Square.