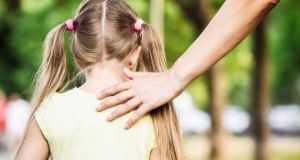 Children who start to fall behind can be drawn into a vicious circle of alienation, low expectations and discouragement. Photograph: iStock

As we surface from the first wave of the pandemic, we can see in front of us a great recession. It is, however, not a crisis in which the State is helpless. Public resources will be deployed on an unprecedented scale. What we have to be clear about, insistant on, is that they are used to benefit all of society, including the group that tends to be least visible: children.

The great shame of the way Ireland dealt with the last recession, the one that unfolded after the banking crash of 2008, is that children paid the heaviest price. From 2007 to 2013, deprivation rates rose from eight to 15 per cent for older people, from ten to 30 per cent for working-age adults, but from 15 to 37 per cent for children. From 2013 onwards, the rate of deprivation fell for all age groups, but children remained the most disadvantaged of them all.

A key question for the new coalition Government is whether we intend to do this again. This week, a survey of more than 700 second-level teachers by researchers at Trinity College Dublin found that students in disadvantaged secondary schools are three times more likely to have disengaged from their teachers during the lockdown. The picture is unlikely to be any brighter for children at primary school. It is clear that already, the pandemic is exacerbating the existing problems of inequality.

The economic crisis will intensify this injustice. As a paper from the Economic and Social Research Institute showed this week, in the absence of a quick economic recovery, child income poverty rates could rise as high as 23 per cent, a one-third increase relative to the start of 2020. A partial economic recovery decreases the expected surge in child income poverty to a maximum of 19 per cent – still an intolerably high level.

Child poverty on this scale is disastrous, both for the individuals who suffer it and for society. Particularly in the early years, time is precious: children who start to fall behind can be drawn into a vicious circle of alienation, low expectations and discouragement. The stress and stigma of poverty affect emotional and psychological development.

The damage already done to vulnerable children during the lockdown is serious enough. But without rigorous and urgent attention to the further consequences of the recession, much of it will become permanent.

This harm is preventable. Children slipped off the agenda in the last economic crisis. Their welfare can and should be a priority for the new government. The new Minister for Children Roderic O’Gorman must be a relentless advocate for the creation of an immediate plan of action, but he should not be a lone voice. Child poverty must be seen for what it is: a threat to the health of the nation.