Diarmaid Ferriter: There’s a big difference between visiting and belonging 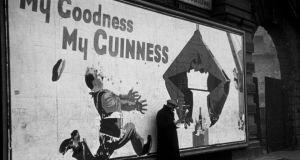 The great Irish novelist John McGahern, who died 10 years ago, recalled in his memoirs how a labourer from Clare, working on a London building site in 1954, on reading that prayers were being offered for an end to torrential rain in Ireland, exclaimed: “May it never stop. May they all have to climb trees. May it rise higher than it did for fukken Noah!”

This could be read, not as a rejection of Ireland, but a desperate expression of loneliness and homesickness, a reaction to the psychological scars associated with emigration, dispossession and the sense of displacement for which McGahern showed a great empathy. It was a recurring theme in McGahern’s novels and short stories; he was also attuned to the impact of emigration on those who stayed at home and the silence that was often endured about the subject.

Elizabeth Reegan, in McGahern’s first novel The Barracks, is haunted by memories of migrant life in London as a nurse and the sense that, as a returned emigrant, there was a respect for her experiences but also wariness.

Michael Moran, however, the patriarch and disillusioned War of Independence veteran in McGahern’s 1990 novel Amongst Women, did not hold back, “Some of our own Johnnies in the top jobs instead of a few Englishmen. More than half of my own family work in England. What was it all for? The whole thing was a cod . . . Many of them who had pensions and medals and jobs later couldn’t tell one end of a gun from the other. Many of the men who had actually fought got nothing. An early grave or the emigrant ship. Sometimes I get sick when I see what I fought for.”

Moran also saw London as the place where “a lot of our people go wrong”, and he blamed England for stealing his children from him, but they had different views; for his sons, it held out hope of freedom. Reading the letters his daughter sent back, Moran memorised “each phrase by heart”.

In his last novel, That They May Face the Rising Sun, Johnny Murphy has been an emigrant for 20 years, and is welcomed home annually, but when an opportunity to return permanently presents itself, his brother Jamesie asserts: “There’s a big differ between visiting and belonging.”

When asked what he found wrong with England, another character in the book, Joe Ruttledge, who was initially shunned as a returned emigrant, answers: “Nothing, but it’s not my country and I never feel it’s quite real or that my life there is real. You never feel responsible or fully involved in anything that happens. It’s like being present but a real part of you is happily absent.”

Inevitably, given all the sentiments it generates, as so eloquently captured by McGahern, responses to emigration have always been complicated. Of course the educational standards of those emigrating changed over time as did travel and technology, but the themes of displacement and psychological impacts are still powerfully relevant.

In 1965, taoiseach Seán Lemass dismissed the idea that the State should fund emigrant charities, preferring that the status quo of voluntary effort prevail; emigration was also a matter, he said, that was “swamped by emotionalism”. Of course it was, always has been, and always will be.

There was also a degree of denial in Lemass’s comments, reflecting a political reaction to emigration that has always been problematic; his predecessor Eamon de Valera was much derided in 1951 for accusing emigrants of leaving “enterprises for the development of our own national resources without sufficient labour to enable progress to be made as rapidly as we would all desire”.

There was also a furore in 1987 when tanáiste Brian Lenihan, in an interview with Newsweek magazine in the US, was quoted as saying, in relation to emigration, “We shouldn’t be defeatist or pessimistic about it. We should be proud of it. After all, we can’t all live on a small island.”

More recently, in 2012, Minister for Finance Michael Noonan caused controversy by suggesting much contemporary emigration was about “lifestyle choice”. Now, his colleague Minister Mary Mitchell O’Connor’s proposal for a 30 per cent income tax rate for high-earning emigrants to lure them home has understandably generated ire, and has been dismissed by many, including Taoiseach Enda Kenny, as unfair and discriminatory.

But why was it proposed? What too many of the political interventions on emigration have had in common over the years is a crude and reductive approach; in this week’s case, a belief that the issue can be boiled down to tax reductions.

In the midst of all this focus on Irish professionals working abroad, it is very revealing that last year, the Safe Home Ireland programme, established in 2000 by Mayo GP Jerry Crowley in order to try and assist elderly emigrants who wish to return home but who do not have the means, received State funding of just €260,000.