Separation of powers aside, we expect our Supreme Court judges to use good judgement 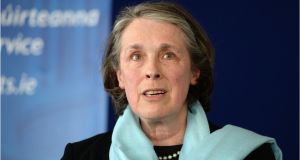 Fifty years ago, minister for external affairs Patrick Hillery was on a mission to secure Ireland’s acceptance into the European Economic Community (EEC). He visited the EEC capitals, negotiating issues of tariffs, fisheries, and industry and, from an Irish perspective, vital commitments in relation to regional policy. He also directed the government’s successful campaign for a "yes" vote in the subsequent referendum on membership and piloted the legislation on Ireland’s accession through the Dáil.

Given this involvement, his appointment as Ireland’s first EEC commissioner in 1973 seemed a wise choice and he took up the social affairs portfolio, eventually securing a directive mandating equal pay for men and women in 1976. He then publicly and successfully opposed an attempt by the Irish government to secure derogation from its immediate implementation. It was a reminder that Hillery was working for the EEC and not the Irish government.

7 Gordon D’Arcy: Time for IRFU to be bold and secure futures of prized assets

10 Fontaines DC are reborn as punk-funk disconauts, and the results are cracking

12 Covid-19: AstraZeneca has told HSE vaccine deliveries can be expected by mid-February

17 Man who sexually assaulted woman on Luas tram is jailed

19 Q&A: Can I still pass Covid on after I’ve been vaccinated?

21 What can Ireland expect from Joe Biden?

24 Baked spuds get a tasty, crunchy filling and topping

25 Joe Biden’s presidential inauguration: Where can I watch, and what are the key moments?

26 Gorgeous terrace turnaround is right on track for €445k

27 Joe Biden to be inaugurated as 46th US president

29 Michael Harding: Talking to strangers. That’s what I miss

30 Could talking spread Covid-19 as much as coughing does?

34 Hybrids? Plug-ins? Everything you need to know about electric cars

37 ‘I got a burning smell in my nose’: Third-wave Covid-19 patients share their experiences

38 Taxing pandemic payment ‘could be unconstitutional’