Creative Ireland is not listening to popular music

Contemporary music deemed to be ‘commercial’ is overlooked and underfunded 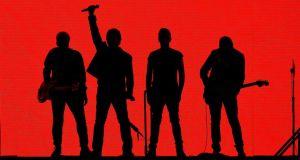 U2 on stage in London during their ‘Joshua Tree’ heritage tour. Photograph: Dylan Martinez/Reuters

In 2014, after more than a decade working in bands, I self-released my album Mongrel City (in conjunction with a solo painting exhibition), aided by a successful crowd-funding campaign, all while working full-time. Then I carried on the day job. I have been making music for 20-plus years so I don’t consider myself an amateur. As far as music is concerned, I am essentially an unpaid professional.

Leafing through the Irish Times Creative Ireland supplement last Saturday morning , I was struck by the lack of musicians/composers/songwriters in its pages – only Rusangano Family, this year’s Choice winners. Even so, their inclusion might imply that “popular” music is traditionally supported by our arts administration. In my experience, however, it is seen to fall outside the remit of exalted art practice, being part of the wider commercial world.

The very term “popular music” is, in any case, anachronistic, based on an economic model that has irrevocably changed. Today, more than with any other art form, this country is drowning in music practitioners, a lot of whom regularly come close to jacking it in. There are generations of musicians currently out there trying to keep their heads above water. It seems the ball remains in our court to solve problems not of our own making.

Independent generators such as me carry the can with regard to costs and often resort to wheedling collaborative support for expenses from other artists, with no promise of eventual return for anyone. This is humiliating and unsustainable.

Few pay artists directly for recorded music output – sales have devolved to app-based players where the royalty return to the artist is negligible. Most of us get little in the way of national airplay yet music remains costly to produce, and musicians who must value their time cannot be expected to give performances for free.

Then there is the universal difficulty of self-promoting in a content-saturated world. It can feel as if we spend years creating work only to eject it into a liminal echo chamber. You finish the work, put it out there and then . . . radio silence.

So, I work at an unrelated job. In the absence of an adequate living from music I’m grateful to have it, but it consumes considerable time and energy that would be more purposefully deployed in creative pursuits.

My salary rarely extends to outlay for recording and paying musicians. Gigs have not yielded much in the way of profit after expenses, with hire fees, rehearsal costs and so on taken into account.

Then there is the festival scene – for most a play-for-nothing, sleep-on-the-ground culture, feeding the conceit that the opportunity for self-promotion alone should be payment enough. The (not so merry) merry-go-round of free labour continues. And for those of us otherwise employed, time is in very short supply (the hours outside of work into which the rest of life must also fit).

Years of applying unsuccessfully for highly-contested arts grants have led me to believe that “popular” music practice has been left to fight its own beleaguered corner. We operate in an atmosphere of false competition with the majority held to the success standards of a heavily-promoted few at the top. They “made it”. We didn’t.

None of the above precludes those who have attained recognition in this country having worked their butts off to get it. However, it is disproportionately hard for the bulk of us to even get the work made before looking for validation and exposure through the few available channels.

And music of all genres should be an integral part of any developing arts administration programme here, as in, for example, Scotland and Canada.

In the canon of contemporary music, what is deemed popular does not seem valued as an art form, except as an addendum to other forms such as film, and most financial support migrates to practitioners working in more rarified environments such as classical, jazz or traditional.

Yet, popular music remains one of our most high-profile cultural exports – not only because of its best-known exponents. We are perceived globally as a musical people. It’s something we’re good at.

The thinking needs to change. The practice itself needs to be supported in a more sustainable way. If those with the talent and tenacity to make work were aided in the process of getting it made and heard, maybe then we could talk about being musicians in Ireland with something approximating pride. To that end, a cross-genre and, crucially, commerce-free nationwide platform for indigenous music would be helpful.

As it stands, I carry on. And the work brings its own rewards of course – if it didn’t, I would have jacked it in years ago. I’ve responded to such thoughts in just this past week (before reading the supplement) by writing a song called Everyone is at the Festival. Now I have to figure out how the hell I’m going to get it (and other new songs) to people’s ears.

Carol Keogh is a songwriter and visual artist