Conor Brady: Funding journalism is a good idea, but what is the best way to do it?

Journalists could benefit from State financial support for training and development 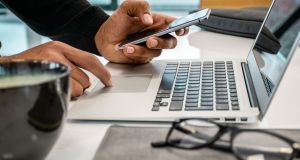 Resources for investigative journalism should be “ring-fenced,” Taoiseach Micheál Martin told Colm Keena recently in this newspaper, outlining the task of the Commission on the Future of Media, chaired by Prof Brian MacCraith. The suggestion has been floated before. But what the Taoiseach then added has not been articulated previously by any major political figure.

“Journalists need to be better paid,” he declared. “Young people in college who aspire to be a journalist need to have a clear, meaningful pathway before them.”

The reality is that young men and women now aiming to make their livelihood in the news media are, for the most part, facing into careers that will offer them short-term contracts, poor pay, unpredictable work schedules and not many opportunities for personal development. Even within the big national newspaper groups and broadcasters, work is increasingly casualised.

Editors are under pressure to choose content that costs less to generate: celebrity gossip rather than hard news

Formerly solid news organisations are now struggling because the internet has destroyed their business model. Publishers and broadcasters have cut back on quality controls. The sub-editor is almost extinct. Editors are under pressure to choose content that costs less to generate: celebrity gossip rather than hard news; polemic rather than researched analysis.

But the Taoiseach’s suggestion on the funding of investigate journalism throws up immediate questions. Who would decide which topics or subjects or news organisations, or indeed, individual journalists, should be designated for support? What happens when an investment of time, money and energies yields no result? How does one differentiate between the work of a team of researchers and, for example, the results achieved by a freelancer who is simply brilliant at what he or she does and who has the knack of uncovering scandal?

Any funding here would be desirable. But devising a working model for the process would not be easy. So if the commission, due to report by next summer, is to take the Taoiseach’s views on board, it is going to have to do some radical thinking.

It is possible to conceive of some sort of standing committee or authority that would adjudicate on funding applications. But any such body would operate in a most unenviable space. Inevitably there would be winners and losers. Disappointed applicants would challenge decisions. Claims of bias, favouritism and discrimination would come thick and fast.

If Prof MacCraith’s Commission is to respond to Mr Martin’s proposal, it has to find ways to channel funding to media organisations and to practitioners whose journalism is serious, researched and issues-focused. But the greater challenge is to take up the Taoiseach’s wider concerns about the career of journalism. It has to be restored as a calling that can offer reasonable security, adequate pay and career development opportunities to its entrants. Too many bright and idealistic young people are walking past it or out of it, knowing that most of the jobs likely to present themselves offer none of these. They are putting their skills to work in public relations, media consultancy, IT and other areas where they can be more sure of making a solid livelihood.

There are a number of ways in which the financial health of the news media could be improved. No doubt the commission will be examining the initiative announced by the Australian government last month, requiring Google and Facebook to start paying news organisations for their content.

Few media companies make any investment in training for their employees

It would certainly be a game-changer. But there are other options. For the newspapers, the first and most obvious step would be to remove VAT, bringing the industry into line with practice elsewhere in Europe. For the broadcasters, the first necessary step is to replace the licence fee with a universal media charge.

The punitive costs of litigation constitute an enormous burden. Irish publishers and journalists operate in a much more punitive legal environment than their counterparts in the UK or in the EU. Meanwhile costs and damages in the courts here generally dwarf those elsewhere. To add insult to injury, those who publish harmful or defamatory content on social media are effectively beyond the law, although this is changing.

One option that could be considered to help underpin serious journalism would be the creation of a fund or series of funds that could provide ongoing support for journalists in their training and development as their careers advance. There are many third-level institutions in Ireland offering qualifications in journalism and media studies. But few media companies make any investment in training for their employees. And while journalists often refer to their “professional” standards and practices, the truth is that once they get their basic degree, few take any further training.

Just as grants and bursaries can often enable those in the arts or in sport to sustain themselves, financial supports for training and professional development could enable journalists to stay in journalism rather than having to go elsewhere, while also enhancing their work-skills. Supports could cover training in everything from ethical decision-making, to law, to languages, to interview techniques, to research methodologies, to resource management. The list can go on. Would it be too cynical to suggest that grammar, punctuation and spelling might also be useful for some?

Society, as Mr Martin says, needs “independent, free media that is well-resourced, not patronised by government, but which has a mechanism that enables the funding of the media into the future.” It also needs journalists who are continuously trained as their careers advance, who can develop their professionalism, who are better-equipped to question and improve on their own standards and performance.

A scheme along the lines proposed here could help deliver on both sets of objectives.

Conor Brady is honorary Professor of Journalism at NUIG and chair of CALIBER AI. He was editor of The Irish Times 1986-2002.