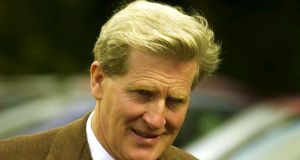 It is rare indeed for property developers to write memoirs, or leave anything on the public record. But that’s what Joe McGowan, of once-notorious builders Brennan and McGowan, has done with Clearing the Hurdles, in which he recounts his life and times, including a four-week stint being cross-examined by lawyers at the planning tribunal in Dublin Castle; he calls it the “Theatre of Ice”.

The most surprising thing I discovered reading the book was that his “bible” now is Anam Cara, the mystical musings of the late Fr John O’Donohue; he was the radical priest who played a leading role in the Burren Action Group’s ultimately successful campaign against a highly-controversial visitor centre planned by the Office of Public Works for Mullaghmore, Co Clare, in the 1990s.

Given what I had written about Brennan and McGowan’s land rezoning activities over the years, I was amazed that he invited me to the book launch and we’ve since enjoyed a number of convivial lunches, including one at his home in Foxrock, where he unveiled a picture painted by Patrick Fitzgerald, depicting 15 “characters” from the tribunal as medallions in a twisted thicket.

Having been reared on a 19-acre holding in Co Mayo, he teamed up with fellow Mayoman Tom Brennan to build houses in and around Dublin. Their biggest project was Kilnamanagh, in Tallaght, where they built 1,650 semi-detached houses. “We made possible what many thought impossible: we enabled people with modest incomes to buy homes at affordable prices,” he recalls.

There are very few property developers in Dublin who could say that now, when almost no housing is being built at prices ordinary people can afford – and the Government is doing precious little to alter this inequitable state of affairs. Not that Joe McGowan has given up. Even though he’s in his mid-70s and afflicted by Parkinson’s disease, he still has plans to build affordable housing.

Known in racing circles as a champion three-day eventer whose wife Anne-Marie owned Davy Lad, winner of the 1977 Cheltenham Gold Cup, McGowan developed his life-long interest in horses through a family friend, Jim Ward, who brought him to the RDS Horse Show in Ballsbridge every year. This had “opened my eyes to a different world”, although he has never forgotten where he came from.

After helping to cut turf as a young lad near Charlestown, he writes: “I used to get dizzy lying on my back in the warm bog, looking for the skylark singing overhead in the clear, blue summer sky. In those days of my youth, I loved the sound of the cuckoo, the arrival of the swallows, the sight of the corncrake in the meadow. That was how we divided time back then: by seasons rather than hours.”

In time, Brennan and McGowan became the biggest housebuilders in Dublin, cultivating politicians such as Ray Burke, who helped to get land rezoned for housing as a county councillor. McGowan openly admits in his book that they “made financial donations” to him, but concedes now that “we may have gone too far with Ray Burke”.

“A Millionaire Before my Twenty-seventh Birthday” is one of the chapter titles – and that was in the 1970s when a million pounds was a lot of money. He bought St Cleran’s, a charming country house in Co Galway, from film director John Huston, and threw himself into the Galway Blazers.

After selling it, he and Anne-Marie acquired the 365-acre Dollanstown Stud near Kilcock, Co Kildare.

He first met Charlie Haughey at a clay-pigeon shoot in the 1970s, recalling that the future taoiseach had addressed him as “McGowan”, saying “there must be money in this building business”.

On Haughey, he turns around Shakespeare’s lines in Julius Caesar, suggesting that a man’s faults and wrongdoings should be interred with his bones “and remember whatever good he may have done”.

His book contains numerous photographs, including one showing a beaming McGowan being presented with the bronze medal by Princess Diana in 1989 after the Irish team finished third in the European Championships at Burghley.

Indeed, it will be of compelling interest to those with a passion for horses as well as anyone involved in the precarious, up-and-down business of house-building.

Inevitably, I mentioned Brennan and McGowan in my own book, Truly Frank: A Dublin Memoir, and their close links with Ray Burke in the past.

But Joe McGowan took it on the chin. Over one of our lunches, I recalled Kevin Myers telling me years ago that McGowan was a “decent man”. And whatever corners they cut in getting land rezoned, I have to say that’s been my conclusion too.