Clare Watson: How to make people care about climate change

We humans are a tricky species. Our hearts rule our heads, and emotions trump reason. Mix humans with climate change and you get a perfect storm. 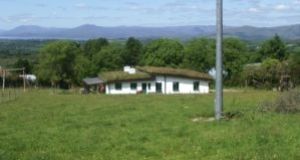 In 1999, my then partner and I moved to Bantry in west Cork to walk the talk, and to try our hand at sustainable living. We bought a hill farm overlooking beautiful Bantry Bay and built a comfortable straw bale house, powered by wind generators, solar panels, and a wood-burning stove. We learned how to produce most of our own food. Because we were unable (or unwilling?) to stop driving, we salved our consciences by buying a Toyota Prius for the long trips and a Citroen EV for school and shopping runs.

Ever the evangelists, we then set out to convert the masses to our low carbon lifestyle. We organised open days and farm walks and responded to media requests. We ran an energy tent in the annual Bantry Agricultural Show, and tried to set up a local group promoting Bantry as an energy efficient flagship town.

Sad to say, we were singularly unsuccessful in convincing others to join our crusade. And no wonder – our model of the future was physically arduous and isolating. The good life turned out not to be so good after all. I now live on a one acre site near Ballydehob, in a cosy retro-insulated concrete block house, powered by an air to heat pump, and solar photovoltaics, with a lot more PVC than I am used to. I’m hoping this half-hearted version of sustainable living will be easier.

As my own life began to change direction, I still remained troubled by how few people were concerned by climate change – “Why don’t they get it?”

On reflection, I flipped the question and began to wonder what it was that we environmental campaigners were missing. So began a quest for understanding, which involved much reading, observation and internal soul-searching, and in 2012 culminated in a blog.

I think I am finally beginning to understand why climate change is such a challenge and why there can be no straightforward response.

I used to believe that you just had to give it to them straight and if people don’t listen, then shout louder. As researchers at the Institute for Public Policy Research in Britain show, in relation to climate change, the simple “information in, action out” approach, on its own, does not work. Fostering awareness of the problem, the threat it represents, its causes, and what can be done about it, will not necessarily lead to the desired response.

According to social scientists, threat information causes constructive responses and persistent attitude change only when people feel personally vulnerable to the risk, when they know what to do about it, when the personal and financial cost is acceptable, and they feel that their response will be effective in solving the problem. Most of us dislike sacrifice and we hate losses. We are influenced by sunk costs, the more we invest in something the harder it is to give it up. We can be optimistic when it suits us, believing ourselves less likely to experience a negative outcome compared to others.

We have a tendency to screen what is seen and heard in a biased way that ensures our beliefs are “proven” correct.

We discount the future, responding more readily to events that occur close to the present. We dislike uncertainty.

It is tempting to hope that the upcoming climate negotiations in Paris will provide the silver bullet, but the truth is that, even if legally-binding targets are agreed, we are still going to have to change our ways.

So, the most we can do in the face of the climate challenge is to play to our strengths.

We are influenced by peer pressure and keen to keep up with the Joneses. Much of our behaviour is influenced by social norms – which determine how we should behave, and by social practice – the acceptable ways of living and working.

Most of us are also mindful of our status and where we are in the pecking order. We want to be seen to be doing the right thing.

To engage people on climate action we need leadership from the top so we know we’re all in this together. We need creative communication and social marketing techniques to help foster climate-friendly norms and social practices. But most of all, we need to work with people at a community level, encouraging peer-to-peer, neighbour-to-neighbour activities and availing of local know-how, trust, and the sustainable development of social capital.

People want to have a clear stake in the future which is already unfolding.

Clare Watson has a background in social work and environmental campaigning. She is a PhD student in the Environmental Research Institute in UCC working on an EPA-funded project “Climate Change, Behaviour and Community Response”