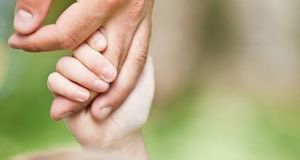 Tusla figures show that 60% of reports are closed after preliminary screening and before initial assessment, and of the remainder 54% are subsequently closed. Photograph: Getty Images

The Children First Act 2017, which will be fully commenced on December 11th, 2017, will be claimed by the Government as landmark legislation. It is part of a package of reforms that are officially intended to address deficits in our child protection system.

Raising awareness about harm to children and imposing a statutory obligation on services to implement protections are positive actions in themselves, but the reality is that this particular measure is more likely to put children at risk than to elicit protective intervention.

It could be argued that while the Children First Act will have some positive effects, the perverse consequences may outweigh the benefits. In devising this reform the Government did not draw on any empirical calculation of the issues giving rise to vulnerability or child harm in Ireland, or to the most effective ways of keeping children safe.

Despite being provided with empirical evidence that mandatory reporting legislation in other countries in Europe, the US and Australia has not improved outcomes for children, the Government decided to bend to pressure and introduce it.

Obviously the key issue is how Tusla will cope with the expected increase in reporting. Despite a significant increase in funding, the agency had 24 fewer social work staff in June 2017 (1,462) than it had in June 2016 (1502).

There is little prospect that even if they were given further increases in funding they could recruit more social work staff. This is largely due to the shortage of qualified social workers in Ireland, but also the high turnover rate which tends to undermine the positive effect of recruitment.

Unless Tusla starts to take on unqualified staff, an unwise move that Australian social services were forced to undertake when they introduced mandatory reporting, it will not make any impact on the existing backlog of work, let alone deal effectively with an increase in reporting.

The regulatory impact analysis of the Children First legislation conducted by the Government did not adequately address the predictable outcome that this measure will undermine the already very limited capacity of the State child protection system to deal with the numbers of reports likely to be made.

It ignores the fact that in other countries such legislation promotes a “reporting” culture rather than one in which responsibility for intervening with vulnerable children is inculcated into all State and non-governmental agencies.

It also fails to link the reforms with the broader societal issues that underpin child abuse.

Instead it is creating a sort of “social” emergency department, comparable to a hospital emergency department, which will be characterised by high thresholds, waiting lists, stressed staff and short-term responses. There are, of course, other consequences of a reporting law, particularly the fact that a substantial number of families will be subjected to intrusive investigations that will not lead to assistance. Tusla figures show that 60 per cent of reports are closed after preliminary screening and before initial assessment, and of the remainder 54 per cent are subsequently closed.

An increase in false positives followed the introduction of mandatory reporting in other countries. More seriously, an increase in pressure will diminish the ability of staff to properly assess and follow up genuine cases and will actually put children more at risk.

Going by international evidence, promoting a reporting culture without fundamentally altering the willingness and capacity of all services to respond to children at risk will may ultimately undermine the capacity of the system to do what it was set up to achieve.

Simply expanding the system in its present format will not make a positive difference. An intelligent approach to reform would have acknowledged the real issues behind past failings and the current social issues associated with child maltreatment.

It would adopt a “public health approach” by comprehensively calculating the type and level of child harm in various sectors, identify the potential consequences of not intervening, and respond accordingly.

Instead of placing all the responsibility in one agency, it would have invested child protection skills at different locations in the community, including schools, health and mental health settings, using a range of strategies to target “at risk” and vulnerable groups.

It would require a courageous government to carry out such a radical reform, but it would be a highly intelligent move. Ironically, if these measures were in place, legislation to compel reporting would not be necessary.