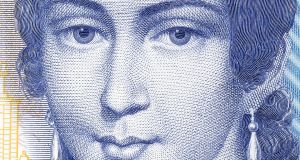 Clara Schumann: visited Ireland at least once, to play concerts in Dublin in 1856

In the great Gershwin jazz opera Porgy and Bess, it’s one of the supporting characters – Clara – who gets to sing the stand-out song. She was present in spirit at a packed National Concert Hall on Wednesday night, when the RTÉ Concert Orchestra presented a live version, not of the opera itself, but of a famous 1958 recording of its highlights by Louis Armstrong and Ella Fitzgerald.

So on this occasion, the lead female vocalist Nicola Emmanuelle was channelling Clara via Ella as she sang Summertime (and the livin’ is easy): the immortal opening bars of which transported the audience from a now autumnal Dublin to a sweltering South Carolina circa 1934.

By a pleasant if minor coincidence, meanwhile, Friday marks the 200th anniversary of another musical Clara, Schumann as she became by marriage, having been born Clara Wieck in Leipzig on September 13th, 1819. And although she is not featuring in the NCH this week, the landmark has led me to learn (belatedly) of an interesting link between her and this country, through which her spirit may be lingering still in Co Donegal.

During her lifetime, Clara Schumann was more famous as a concert pianist than a composer. She had been a child prodigy, hot-housed by her father, and performing publicly from age nine. Her marriage to Robert Schumann resulted in a mutual outpouring of song-writing, some of hers at least rivalling his in popularity for a time, although in general, she came to be seen as a supporting character in his work, of which she was the leading interpreter.

She visited Ireland at least once, to play concerts in Dublin in 1856. That was in summertime too – May and June – but the living wasn’t easy. Already committed to an asylum by then, her husband died a month later, aged only 46, leaving her to rear their young family.

But sometime in those middle years of the 19th century, a piano with which she was strongly associated also made its way from Germany to Ireland, where it has remained (almost) ever since. It was acquired by a Montgomery family, formerly of Monaghan and later Donegal, whose accumulated memory holds that it came from Schumann herself.

The Montgomerys often visited Germany, including Leipzig and Dresden, where they collected porcelain. A young female member of the clan, Fanny Montgomery, nearly collected a husband there too: they were engaged for a time, until it fell through. And although there is no known documentary evidence for the piano purchase, the instrument’s maker is listed as “W.Wieck, Dresden” – Clara’s cousin Willhelm, who was well known in the trade.

That and an unusual detail – lack of a serial number – suggest that it might have been made for family use. The celebrity element would also explain another mystery: why the Montgomerys went to the trouble of bringing a piano all the way back from Germany when they could have bought one equally good (and equally German) at home.

In any case, it remained in their house in Convoy for well over a century. But it has since passed through other hands and, alas, is currently in renewed exile, on loan to a conservatoire in the UK.

Among those it had inspired before leaving here, however, was the soprano Elisabeth Goell, herself of Dutch-German make, but part educated in Ireland. She learned of it some years ago when living in Omagh. “Utterly intrigued”, she began to research the instrument and its era, which in time led to a book: Tales of a Travelled Piano.

In this, the instrument takes on a life of its own, as narrator of the story. But in the meantime, through Goell, it was also adding to its historic travels, accompanying her (in every sense) on a tour in which she sang songs, by Schumann and others, that had been first played on it 150 years ago.

The instrument’s legacies now also include a double CD, issued with the book, of the songs in question, many by 19th-century Irish composers.  This was a key point for Goell.  While the “Schumann piano” might be a celebrity in its own right, it was also a sort of Trojan horse through which she could smuggle into modern consciousness the names of Irish composers some of whom rubbed shoulders with the Schumanns but have since been forgotten. That said, her collection features several still-famous songs too, including a classic Irish treatment of the season celebrated by Gershwin, but with an autumnal twist: The Last Rose of Summer. More details of this, the CDs in general, and the book, are at elisabethgoell.com