Even when results are out, uncertainty will not cease for those leaving school 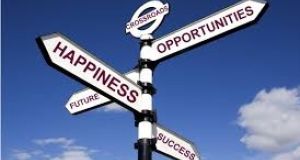 Those students who choose or are able to go on to further education will enter institutions radically affected not just by the pandemic but by a decade of underfunding.

In more than three decades of teaching, I have never experienced a term like this one that is slowly staggering to an end. An education system based on daily contact with students moved to a shadowy virtual world. No teacher, not even the most recent graduate, was trained to deliver remote teaching as the sole means of education.

And yet people adapted, motivated by a kind of grim determination to continue to serve their students as best they could. Some teachers could only worry as lack of access to the internet or devices meant that students slowly disappeared from their purview. Others nagged, cajoled and encouraged the reluctant students to engage, comforted the traumatised and, most of all, tried to inject a sense of normality into the most abnormal of times.

This term has been unprecedented in every way imaginable. End-of-term tests and examinations became open-book, conducted in bedrooms and kitchens instead of school halls and classrooms. Sometimes apps and software opened up possibilities that will enrich classroom teaching in the future. Sometimes technology failed miserably.

Everything took at least three times as long in an online classroom. Many a teacher realised that a teetering pile of copies that once knelled the death of a Saturday was infinitely preferable to photos, pdfs and emails landing in virtual classrooms and inboxes at all hours of the day and night. Every school week seemed to last at least a fortnight for both students and teachers.

Remote learning changed relationships between students and teachers. Most second-level students are mildly curious about their teachers’ lives outside the school.

Now, even when their teacher was just a disembodied voice emanating from a screen, students sometimes heard evidence of children or partners or even pets. It may not have been on a par with discovering your parents had existences before you were born. It may, however, have made students aware that their teachers have other lives and responsibilities. These subtle shifts in viewpoint tend to linger.

Most of the rituals that mark the end of term moved online, too, and despite the best efforts of all concerned, were poor substitutes for gathering together in real life. People might have laughed at some of the cheesy videos teachers made for their students in place of proper graduation ceremonies. I see in them evidence of the genuine affection teachers hold for their students and a desire to compensate them in some small way for the sad loss of important rites of passage.

The Leaving Cert was the most important rite of passage that was obliterated. Even fierce critics of the Leaving Cert system, like this writer, would not have wished it to be annihilated in a year of global pandemic. The fact that I am directly involved in calculating grades this year precludes me from commenting further. All I will say is that while no teacher I know would have chosen to be in the position of estimating grades for their own students, every single one of them is aware of their solemn responsibility to be scrupulously fair and accurate.

Even when their results are announced, the uncertainty will not be over for the class of 2020. Those who choose or are able to go on to further education will enter institutions that have also been radically affected not just by the pandemic but by a decade of underfunding. More than 1,500 scientists signed a letter this week begging the Government to create a Cabinet-level department for higher education and research.

These scientists, some of them familiar figures from their media appearances during the current crisis, fear that systematic underfunding of their sector will mean that the research necessary to drive economic recovery will not happen.

In addition, at the end of April, it was estimated the loss of foreign students will cost the third-level sector more than €400 million. The sector has been limping since the cuts imposed by the previous recession. Many universities face either recruitment freezes or selective recruitment due to financial constraints.

What will the third-level experience be like for the class of 2020? Blended learning is the buzzword at the moment: in other words, a combination of online and face-to-face teaching. However, online learning is not as simple as sticking a camera in front of a lecturer in a theatre.

John Henry Newman’s idea of a university may never have been realised but he felt that the experience of being together as students was more important even than lectures. Some students may not set foot on campus for weeks on end. Will that inadvertently result in further degradation of third-level education so that it becomes more and more employment-oriented and less and less about learning the habits of rigorous, flexible thinking so essential to modern life?

Meanwhile, uncertainty lingers over the students yet to complete second level. The Government must turn its attention to specific, tailored measures for each year group, particularly the incoming Leaving Certs of 2021. There is time now to adjust next year’s examination requirements. Let us not fail these young people by failing to prepare.