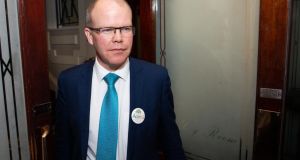 On a bus this week, I overheard an older woman commenting comfortably that while she did not have much time for politicians, “it was probably Fianna Fáil’s turn”. For too long, the two largest political parties have relied on some kind of divine right to alternate in power.

As a result, Irish politics is stagnant and any party that demonstrates any differences greater than those between Tweedledum and Tweedledee runs smack into the innate conservatism of the media. Irish media invariably prefer the devils they know to any upstarts, particularly upstarts who demonstrate values different to the suffocating political consensus.

For example, Peadar Tóibín is right to question why Aontú is the only national party (of eight with Dáil representation) which is not allowed by the national public service broadcaster to participate in the leaders’ debates. Where does that leave RTÉ’s remitto have “inclusive and open debates, [where] the marginalised are included and all are represented”? But despite the poor mainstream media coverage, some people see Aontú as a wedge to force change. For example, in the southeast, I have heard reports of a substantial minority of Fianna Fáil voters who intend to give their first preference to Aontú.

These voters are heartily sick of Micheál Martin’s version of Fianna Fáil. They want to send him a signal that they are not to be taken for granted.

In fact, anyone who values integrity in Irish politics should give their first preference to Aontú candidates. While individual TDs have shown great principle, it is hard to imagine any other party leader demonstrating Tóibín’s courage. Not only did he stand by what he believes but he is willing to face the ire of Sinn Féin.

The party is targeting former members such as Tóibín and seeking to destroy their chances of re-election with a level of venom that makes other parties’ reactions to departed colleagues seem like a wasp sting.

Look at it this way. Which party is more likely to keep its electoral promises, one led by someone who has demonstrated integrity at great personal cost, or parties like Fine Gael and Fianna Fáil which appear to choose their values by consulting focus groups? And if supporting a minority government, who is most likely to keep it honest?

The unseemly scramble to appease people worried about their pensions is just one example of this anxious testing of the wind that characterises the largest parties. Either there was a good reason to raise the pension age because it was unsustainable, or there was a public good worth protecting by keeping it as it is. But don’t promise reviews, revisions and commissions – be honest.

While it is a no-brainer to think that pro-life people will give their first preference to Aontú, it might seem positively daft to suggest that pro-choice people could give their vote to Aontú, as well.

Note that I did not say “pro-abortion” people, a tiny minority who are fanatical about abortion and ensuring that anyone, anywhere who wants one can have one at any stage of pregnancy. Someone who is pro-choice rather than pro-abortion values choice.

They know that for many women, abortion is not an occasion for dancing in the streets but a crushing decision made because society still does not value women enough to provide them with real alternatives. Wanted babies get aborted, too, because their parents cannot afford to raise them.

Aontú is the only party represented in the Dáil that believes it is wrong money can be magicked out of nowhere for abortion but no money can be found to help parents keep and rear their children.

Though I would prefer it to be otherwise, abortion provision is a settled question for a generation or more. Aontú is not going to be trying to repeal the Repeal. But those who care about healing the massive faultline that opened between one-third of the electorate and the rest on May 25th, 2018, will see that sensible provisions that make it easier for women to be pregnant in this country are something that everyone can support.

Aontú is the only party that has a raft of pro-family policies encompassing everything from housing to regional development. Aontú has a genuine concern for the regions that are being destroyed by imbalanced development. Dublin is simultaneously sucking population and resources from every other region while becoming unliveable due to traffic congestion and housing shortages that are causing unsustainable, swollen commuter belts around Dublin.

Aontú has a well-thought-out proposal to develop two international cities on the western seaboard, one in the North and the other in the South. Without taking anything except problems away from Dublin, these cities will recalibrate the balance between the capital and the rest of the country. Aontú gets the concerns of rural voters in a way that Fine Gael never really did and Fianna Fáil no longer does, given its obsession with Dublin voters.

A first preference for Aontú costs nothing but has the potential to break the sclerotic grip of politics as usual in this country and to reward people of ability and integrity.

* This article was amended on January 28th 2020. A previous version incorrectly described RTÉ as the State broadcaster.

1 Seán O’Brien: Anger over my parents’ break-up has never left me
2 Why Waterford is ‘the best Covid county in Ireland’
3 Sinn Féin’s stand on Covid is facing increasing questions from political rivals
4 Two hundred Irish retailers for all your online Christmas shopping
5 ‘In 2018 I wrote publicly about my heritage. Soon after, the anti-Semitic messages began’
Real news has value SUBSCRIBE