What is good for disadvantaged children is not good for all children, research suggests 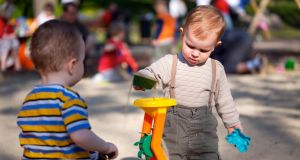 “Children who went through Quebec’s child-care system were more likely to commit a crime, have poor health and experience lower levels of life satisfaction.”

There is little reassurance to be had in a major long-term study published this week in Canada, about the impact of heavily subsidised universal childcare on the children of Quebec, including those who are now teenagers.

The study found that children who went through Quebec’s child-care system were more likely to commit a crime, have poor health and experience lower levels of life satisfaction as they grew up, compared to children in other Canadian provinces who did not go through a similar system.

Both politicians and lobbyists in this country have been trumpeting the benefits of childcare for all children, especially the much vaunted Swedish model.

However, it has been known for many years that it is disadvantaged children who benefit most from pre-school and full day childcare. Nobel prize-winner James Heckman is passionate about this.

As one of the authors of the Canadian study*, Kevin Milligan, points out, Heckman supports intervention with at-risk and disadvantaged children because the benefits are indisputable. However, Heckman also says that there is no evidence to show that the same benefits accrue to children who are not disadvantaged.

The Canadian study look at the Quebec Family Plan, which was introduced in September 1997. Its goal was , to provide regulated child care places to all children aged 0-4. Initially, it cost Can$5 per day, and rose to $7.50 a day (about E3.50 to E4.70) with the rest subsidised up to 80 per cent by the government.

It resulted in a massive increase in female participation in the workforce. It also changed the type of childcare chosen by parents.

Between the mid-1990s and 2008 the proportion of children, aged 1-4, who were in centre -based care as their primary arrangement rose from under 10 percent to close to 60 percent, while in the rest of Canada it rose from about 10 percent to just under 20 percent.

Low-cost, regulated childcare probably sounds like Nirvana to some Irish parents, for whom childcare costs are extremely high, while the quality remains extremely variable.

But the outcomes show that it is no Nirvana.

The longitudinal study analyses four different data sets from Statistics Canada connected to child outcomes, health and crime rates; and scores from standardized tests conducted by the Canadian Council of Ministers of Education.

Boys were more likely to have higher levels of hyperactivity and aggression while girls showed declines in prosocial behaviour. ‘Prosocial’ is jargon for something important - altruistic behaviour such as sharing, volunteering and simple kindness.

The authors also found ‘a significant worsening in self-reported health and in life satisfaction among teens. Most strikingly, [THEY FOUND]a sharp and contemporaneous increase in criminal behaviour among the cohorts exposed to the Quebec program, relative to their peers in other provinces.’

This includes rise in drug crime, and crimes against property and people.

What about cognitive outcomes? The authors conclude: ‘Overall there is no strong evidence in these estimates that the Quebec Family Plan had a lasting impact on children’s cognitive development.’

The study reinforces what has also been found in other studies - pre-school and childcare interventions work well for disadvantaged children.

Therefore, we should spend money where it does the most good, and not on assuming whatever helps disadvantaged children is good for all, when in fact, according to the Quebec study, the opposite is true.

The emphasis on universal childcare is driven by the market. It sees people primarily as economic units, not as members of families who have responsibilities.

Most parents want flexible work practices, reduced hours and childcare provided by relatives or friends. A minority want to be full time in the home.

Our current government emphasis on universal childcare will not serve either cohort of parents, and as the Quebec study indicates, will serve children even less well. But as we know, when it comes to policy making our Governments are rarely interested in evidence that conflicts with their political goals.