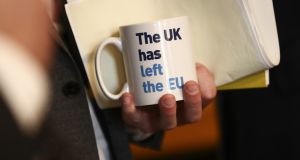 On Monday, The Telegraph reported that David Frost – the UK’s chief Brexit negotiator – enjoyed a “delicious patriotic breakfast of sausages, baked beans, bacon and eggs” before kicking off trade negotiations with the European Union.

It is encouraging that Frost went into the first day of negotiations on a full stomach. He is, after all, leading the UK’s first trade negotiations in 40 years. The EU used to do it on the UK’s behalf, so Frost is in for a tricky fight; akin to a jockey opting to race his former horse on foot.

Frost’s patriotic repast spawned a frenzy of arguments about the qualities of an English breakfast versus its continental counterparts; whether its constituent parts are sufficiently English; and the origins of the sausage.

As Frost heads into the most important trade negotiations the UK has undergone in recent history – perhaps ever – it is not abnormal to be distracted by the trivia. It saves commentators and their audiences the hassle of engaging with the big questions. Will the UK renege on the withdrawal agreement? Will they uphold the Northern Ireland protocol? Is the role of fishing being overblown and exploited for leverage? Far easier to focus on the food.

But the fiasco is nothing new – just another artefact of the Brexit PR machine. This time it was bacon distracting us from the real meat of the negotiations; in January it was Big Ben’s bongs (or lack thereof) and newly-minted Brexit coins; in February the bridge from Scotland to Northern Ireland; and now in March, alongside the return of the English breakfast, come the fetching navy passports of old to replace their maligned burgundy successors.

Many are unsure about what a passport’s colour has to do with free trade – but no worries, it is a reminder that the UK has taken back control

Every revolution has its symbols. The tricolour stood for liberté, egalité, fraternité. The hammer and sickle represented the triumph of peasants and workers. If Brexit is the political revolution its champions claim it to be, then they need to hire in a new branding agency. It is represented variously by the Union Jack fluttering in the breeze, the British Lion roaring once more, the thrum of the Bloomberg terminal released from EU financial regulations, and 50p coins emblazoned with the slogan “peace, prosperity and friendship with all nations”.

Instead of generating new symbols to represent the dawning golden age the UK has reached into its past, plucked out ephemera, slapped on some poorly crafted slogans, and brandished them as the standards of a uniquely confused revolution. Britannia Unchained wears as her battle totems the sort of tourist tat you might pick up from a shop in Leicester Square. Ultimately harmless, if ineffective.

But the revolution has no agreed symbol because even its most ardent champions cannot agree what it’s about. Some think it is an avenue for the pursuit of totally free trade; plenty of voters, meanwhile, see it as the catalyst for controlling the borders more closely. Many in the City believe its value lies in creating a low-tax, low-regulation zone pejoratively labelled Singapore-on-Thames; Jacob Rees-Mogg and his gang make lofty gestures to sovereignty and Britannia ruling the waves once more.

A step too far?

In lieu of a unifying and cohesive vision the government is left having to resort to trivial symbolic gestures as proof Brexit was worth it all along. It remains unclear what breakfast has to do with the cause of national sovereignty but declare it a patriotic gesture and some will believe you. Meanwhile, many are unsure about what a passport’s colour has to do with free trade – but no worries, it is a reminder that the UK has taken back control from a nasty, totalitarian European Union.

But it’s fine for a coin to be co-opted as an emblem of Brexit – whatever it might mean – and so too is it okay for Big Ben to be used to mark Britain’s so-called triumphant exit from the EU. Passports are important symbols of movement and freedom and belonging but at the end of the day they are all only symbols. Calling breakfast patriotic is as amusing as it is vacuous.

But when Number 10 takes these nation-building steps further than trivial ephemera and light-hearted gestures, things take a turn for the sinister. As the UK begins to diverge from EU measures to combat the spread of Covid-19 – perhaps in a bid to prove its recent independence from the institutional constraints of the bloc – we have to wonder whether weaponising the possibility of a pandemic in a desire to justify Brexit is perhaps a step slightly too far.

It is natural for the UK to reach into its past as a mechanism for understanding its future, and to perhaps prematurely claim victory via totems and symbols. It’s troubling, though, for the government to politicise its response with muscular displays of new-found freedom to what could fast become an international crisis.