April ghouls – Frank McNally on ‘bills of mortality’, springtime Halloween, and other excuses for drinking 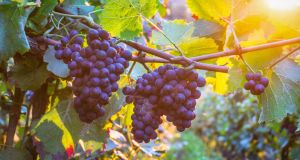 This time in April used to be marked by a Roman festival celebrating wine. Photograph: Getty Images

Born 400 years ago on April 24th, John Graunt was a man ahead of his own time and unusually relevant to ours. A hat-maker by profession, he devoted his leisure hours to becoming, as many now credit him, the world’s first epidemiologist. He also did ground-breaking work in statistics but was especially noted for his contribution to the sombre science of what people die from and when.

The raw material for much of his research were the Bills of Mortality, which had been published regularly in his native London since 1592. These make for grimly colourful reading today, including as they did such causes of death as “worms”, “French pox”, “Kil’d by several accidents”, and “rising of the lights”.

“Plague” was an all-too-regular feature. But being “frighted” was also an officially common way to go.

Now and again, somebody would even be said to have died from “itch”.

Graunt was the first person to mine this data for scientific ends, correcting it where possible. He published his findings in a book, Natural and Political Observations Made upon the Bills of Mortality (1662), which is still studied by demographers.

In a tribute written more than three centuries later, British medical weekly the Lancet said that, with that slim volume alone, Graunt had “added more to human knowledge than most of us can aspire to in a full career”.

It wasn’t just the end of life Graunt studied. He was also the first to record the now well-known statistic that more girls are born than boys. He made the earliest proper calculations of London’s population.

And in a finding that may acquire renewed relevance after the lockdown of 2020, he showed, in the Lancet’s words, “that the large population decreases in plague years were offset by subsequent large increases in births”.

April 24th is also, or at least used to be, known as St Mark’s Eve, the 25th being the evangelist’s feast day. The night before the saint’s day was long notorious as a sort of springtime Halloween. And in parts of England, especially, it was associated with a macabre superstition, as described by Brewer’s Dictionary: “An old custom in North-country villages was for people to sit in the church porch on this day from 11pm till 1am for three years running, in order to see, on the third year, the ghosts of those who were to die that year pass into church.”

By contrast, if equally supernatural, the night was also said to offer insights to unmarried women about the identity of future husbands. The trick was to hold their smocks up before the fire at midnight and search them for the appearance of a face. It’s hard to say which of these customs now sounds creepier.

Chief among several works of literature inspired by the date is an unfinished poem by John Keats, The Eve of St Mark. The surviving fragment sets a scene in which Bertha, “a maiden fair”, sits reading at nightfall while the streets outside grow silent. But despite being 100 lines long, it’s not clear from the abandoned preamble whether Bertha’s epiphany will involve death or a husband. Probably the former, if the rest of poor Keats’s work of the time is anything to go by.

On a less solemn note, this time in April also used to be marked by a Roman festival called Vinalia Urbana. It was one of two annual celebrations of wine, the other being Vinalia Rustica, which came later, at harvest time.

The urban festival was held jointly in honour of the goddess Venus, who was associated with “profane” wine, and Jupiter, for whom the best vintages, as used in religious ceremonies, were reserved. Venus may have been more in tune with the zeitgeist. The Romans were also responsible for a watershed moment in the history of wine-drinking, by which it moved from being the preserve of sacred ritual to an everyday activity.

Speaking of watershed moments, the poet Catullus was a strong believer in shedding it. In one of his verses, he instructs a tavern boy to give him “the old Falernian” (a famously strong wine) and not to dilute it: “Away with you, water, destruction of wine, and take up abode with scrupulous folk.”

The poem’s last line reads “hic merus est Thyonianus” (“this is the pure Thyonian god”), a reference to Semele Thyone, mother of Bacchus. “Hic” is right. If readers need an excuse to open another bottle of wine this evening, the bad news is that Vinalia Urbana was April 23rd.

In the spirit of ancient Rome, however, you can probably celebrate it today too.

1 Late Late Toy Show duet with musical hero ‘absolutely mad’ says delighted teen
2 Ireland’s teenage pariahs: ‘We are really at breaking point now’
3 Waterford turn Kilkenny upside down and inside out
4 'It just doesn’t feel safe': The restaurants that will not reopen in 2020
5 Jim McGuinness: There is a way to save championship and make it competitive
Real news has value SUBSCRIBE