War reporting: Facing danger and death on the front lines 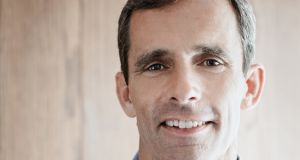 In the mid-1980s, when Terry McCarthy graduated from UCD and started out at the Irish Press, Ireland’s unemployment rate was in double digits and a permanent job in journalism was hard to come by. So he left for Central America, where one of the stories of the decade – a wave of civil wars and pro-communist revolutions – was playing out.

A 27-year career that began on the front lines in Nicaragua and El Salvador brought McCarthy into some of the biggest newsrooms in American journalism and gave him a front-row view of the major conflicts of a generation.

The Limerick-born journalist set up Time’s post-9/11 offices in Kabul and Baghdad before moving into television, reporting first as a war correspondent for ABC News, then for CBS, in the Middle East and Asia. In 2007 he won an Emmy for a series that told the story of the Iraq war from civilians’ perspective.

Looking back at his three decades in the field, McCarthy, now president and chief executive of the Los Angeles World Affairs Council, sees two major changes.

The first is technological. When he started out, reporters phoned in their copy or handed in their stories on type-written sheets. That made the reporting process slow and cumbersome.

“So the introduction of email and cellphones has vastly accelerated the pace of information flow,” he says. “By the time I left, we had a briefcase satellite dish that I could use to broadcast live from the deserts of Afghanistan to New York with nothing more than a car battery. That’s extraordinary and has changed the nature of news.”

“Since 9/11 that has really changed,” he says. “There is an absolutely lethal threat to correspondents, particularly in the Middle East and in Afghanistan/Pakistan. One of the things that means is that we do not have access to the other side. I covered the Taliban for 10 years. I still can’t tell you today what is motivating them. I can make some guesses, but I never had an interview with a Taliban leader. A few people I know who tried to contact Taliban, they were kidnapped.

“That leads to a tendency to demonise and simplify the conflict: they’re bad and they’re good. I’m not saying the Taliban are good, but there are reasons why they’re doing what they’re doing. And until you understand that, it’s going to be very hard to win that war. That, I think, is a huge challenge that foreign correspondents have today: just getting the other side of the story.”

Cutbacks in many media groups in turn increase their reliance on freelancers. He points out that when Jim Foley and Steven Sotloff went to Syria, where they were kidnapped and murdered by Islamic State, most US networks and newspapers had no correspondents there.

“But freelancers who need to make some money, and try to pick up the pieces left behind, they’re the ones that are now going to the front lines – often without the medical insurance, without the security backup.

“When I was in Iraq we had six personal security guards with us almost at all times. That was extremely expensive. Freelancers simply cannot afford that. It makes it really tough to cover these stories when you’re a freelancer operating on a very limited budget.”

While US media groups are still under pressure, McCarthy says, “the level of bleeding has been reduced – we’re no longer in the ER”. He believes most top-tier newspapers will retain the networks of foreign correspondents that set them apart from the competition.

Throughout his career, McCarthy – an Irishman reporting on the world for a US audience – has been conscious of maintaining an outsider’s view. He would like to think his work and that of his colleagues was a counterpoint to the country’s increasingly isolationist instincts.

“I have always played that role of the slight outsider, and I have maintained that role, saying, ‘I am a huge admirer of your country, but let me remind you that you need to keep thinking about the world. Looking inwards is not enough’.”

Terry McCarthy will give a public talk, Reporting on Wars, hosted by the UCD Clinton Institute in association with The Irish Times, at the Royal Irish Academy on Dawson Street at 6pm today