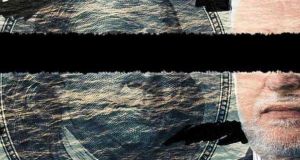 The ICIJ has collaborated with reporters from newspapers in the UK, France, Germany and the US to crack secrets behind more than 120,000 offshore companies and trusts and almost 130,000 individuals and agents.

Sitting on the floor of Gerard Ryle’s Washington DC office is a pile of letters. The room has the look of somewhere that has seen plenty of late nights recently. Papers are everywhere. Among the letters is an unopened registered letter. “That’s from Canada, ” says Ryle nonchalantly, knowing what’s in it.

Well, not exactly Canada, he clarifies. He opens it. The letter is from the assistant commissioner of the compliance branch of the Canada Revenue Agency, the country’s taxman.

The tax official politely asks Ryle as director of the International Consortium of Investigative Journalists (ICIJ) to hand over any material relating to Canada among the leaked trove of 2.5 million digital files that spawned a 15-month investigation by the Washington-based non-profit organisation working with media around the globe.

Ryle’s response is understandably casual. Since the group started breaking exclusive stories based on the documents, it has received requests from five governments and has had approaches from three investigators from the US tax authorities, the Internal Revenue Service.

The ICIJ will refuse all requests to turn over any documents, as it wants to retain independence. “We are not an arm of government,” Ryle says.


Kerry man
Originally from Tralee, Co Kerry, the journalist has landed the single biggest stash of inside information about offshore companies leaked to the media. The scoops being published by his organisation are revealing how US dentists, Greek villagers, Wall Street executives, eastern European billionaires, Russian oligarchs and others from more than 170 countries have used secretive offshore locations such as the British Virgin Islands and the Cook Islands to shield their financial affairs from prying eyes.

The ICIJ has collaborated with reporters from newspapers in the UK, France, Germany and the US to crack secrets behind more than 120,000 offshore companies and trusts and almost 130,000 individuals and agents. The investigation is spawning front-page exclusive stories around the world.

Washington is home to one of the world’s great journalistic scoops – the Watergate stories by Bob Woodward and Carl Bernstein of the Washington Post , which helped bring down Richard Nixon, the only US president to resign from office.

But deep journalistic investigations are becoming rare as the newspaper industry, the so-called “deadwood media” as a friend likes to call it, struggles with steep falls in advertising revenue, fewer journalists to report and greater demands than ever before to publish more frequently.

A glimmer of hope for the industry was the increase in US newspaper circulation revenue in 2012, the first time in a decade, the Newspaper Association of America said last week. This was down to more people buying digital editions, but overall the industry still bled money as advertising revenue continued to fall.

But the so-called old media showed it could still produce groundbreaking investigative journalism when it comes to prizes. The 166-year-old Associated Press won one of two investigative reporting Pulitzer Prizes last year for its series about the New York police department’s spying on the daily life of Muslim communities after the September 11th, 2001, terrorist attacks.

Prizes are not enough to keep some newspapers going though. Six years after winning two Pulitzer Prizes for its comprehensive coverage of the aftermath of Hurricane Katrina, the 175-year-old daily New Orleans Times-Picauyne moved to print the newspaper only three days a week last year.


Work shortage
Ryle recalls the shortage of work in newspapers in Ireland a quarter of a century ago. He says he worked for free as an intern for the Sligo Champion. When the paper hired a reporter from the Longford Leader ahead of him, he called up the Longford newspaper to ask for the job that the winning candidate had left behind.

Ryle emigrated to Australia after a “miserable four months working as a freelancer” in Dublin in the early 1990s, he says. Down under, he established himself as an awardwinning investigative reporter breaking stories including an Australian investment scandal.

That eventually led to a single computer hard drive with more than 2.5 million files on offshore operations arriving in the post at the ICIJ.

Ryle expresses frustration that more newspaper bosses don’t invest in investigative journalism and laments their failure to see the value in it. The bottom line, he says, is investigative reporters must produce regularly to make it worthwhile if their editors are going to lose them for long periods of time on deep trawls.

“You have got this beast to fill every day – it becomes a real mill after a while. To do investigative reporting properly you have to isolate people and let them dig for months on end. That takes money,” he says.

The return, however, can be seen in the fruits of Ryle’s latest investigation.