On its birthday, a very personal list of the best gifts the US has given the world 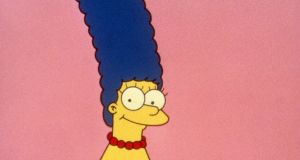 Marge Simpson: the blue-haired great American mom who has nurtured her family of Homer, Bart, Lisa and baby Maggie

Good morning America, Happy Fourth of July. While smug Europeans may smile on indulgently, apparently oblivious as to how demented their fans have been appearing throughout the Euro 2016 football championships, the plain truth is that the rest of the world tends to regard the US as a vast playground populated by ill-disciplined bigoted devotees of excess and fantasy. Judge us not by aberrations such as Donald Trump. America has given the world riches indeed.

Pioneering idealists who headed west in covered wagons, intent on survival and settlement – admittedly at the price of the existing native culture – the western genre immortalised by writers such as dentist Zane Grey, inspired great writing and wonderful movies. This was thanks partly to the rugged, mountainous and desert landscapes, a dramatic setting for confrontations between the sheriffs and the usually more interesting outlaws. Note the cactus and passing tumbleweed and above all, the cowboys. The real stars are always the horses with those scene-stealing expressions of consummate boredom.

The third president of the United States and author of the Declaration of Independence, Jefferson was cultivated, secretive and intellectual. Interested in classic civilisations, he returned from European intent on classical architecture. In building his home Monticello, he created a great library, once described by Australian art critic, Robert Hughes as “the most beautiful room in America”. Jefferson died on this day in 1826, aged 83.

Winner of the 1973 Triple Crown in America, Secretariat – or Big Red to his admirers – won the Kentucky Derby in the fastest time yet recorded, one minute 59. 40 seconds. Ranked one of the top 100 American athletes of all time (by the cable network ESPN), Secretariat, a son of Bold Ruler out of Somethingroyal, epitomises racing royalty. For Europeans who fail to appreciate his supremacy, consider that Betty’s Secret, mother of Irish Cheltenham hurdler hero Istabraq, was a Secretariat mare.

Too cool for words, the majestic 400m hurdler with the unique 13-stride pattern between hurdles, who strode to victory and Olympic gold in 1976, was denied the chance to defend his title at the 1980 Moscow Games due to the Western boycott following the Soviet invasion of Afghanistan in 1979. He regained his crown at the Los Angeles Olympics in 1984, and took the bronze in Seoul four years later. During his career, Moses set four world records and from 1977 was unbeaten for nine years, nine months and nine days.

His work captures the vibrancy, grandeur, optimism and poignancy of the American spirit. Appalachian Spring (1944), the beautiful ballet suite, is the piece to play today or, should you really wish to face the demands of being alive, how about the stirring Fanfare for the Common Man (1942)?

As conceived by the incomparable Charles M Schulz (1922-2000), the trials of everyday existence are brilliantly explored in this classic comic strip featuring the bewildered Everyman figure of Charlie Brown, accompanied by his philosophical beagle, Snoopy, a dog possessed of heroic imagination. Other characters include the nagging Lucy and cute little Woodstock – all life is here. Another artist to celebrate is Gary Larson, creator of The Far Side.

As a solo artist and a master musician, Simon has continued to create works of beauty and meaning, including the Graceland album and his most recent, Stranger to Stranger. He was performing The Boxer in Berkeley’s Greek Theatre as news of Muhammad Ali’s death broke and Simon told his audience.

Academy award winner for his performance as Atticus Finch in the movie version of Harper Lee’s To Kill a Mockingbird, Peck was dignified, gracious, gentlemanly and just about perfect. His smile, presence and resonant voice served him on stage and screen. He was very good in The Big Country (1958) as the correct easterner Capt James McKay and held his own alongside Burl Ives as the glowering head of the Hannassey clan.

Blue-haired Marge is the great American mom who has nurtured her family of Bart, Lisa and baby Maggie, who never grows. Homer, as a temperate man who really does know his doughnuts if little else, has far more credibility than Donald Trump. God Bless America . . . or should that be “help”?