Harriet Tubman to feature on new US $20 bill 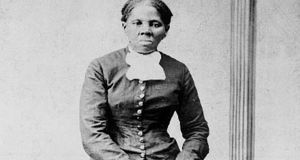 Anti-slavery crusader Harriet Tubman will become the first black American to be featured on the face of US paper currency when she replaces former president Andrew Jackson on the $20 bill, the US treasury department announced on Wednesday.

She will also be the first woman on US paper currency in more than a century.

The redesigned $20 bill will move Jackson to the back of the bill alongside an image of the White House, treasury officials said.

A new $10 bill will keep founding father Alexander Hamilton on the front, while adding images of five women, all leaders of the women’s suffrage movement, in the background.

The reverse of a new $5 note will honour events held at the Lincoln Memorial in Washington DC, and will include former first lady Eleanor Roosevelt and Martin Luther King, Jr, officials said.

The slew of changes give the treasury “a chance to open the aperture to reflect more of America’s history”, treasury secretary Jacob Lew told reporters on a conference call.

The decision to replace the seventh president of the US with Tubman, who was born a slave and helped hundreds of slaves escape using the network of safe-houses known as the Underground Railroad, followed a public outreach by the treasury department regarding which woman should be featured on a bill.

Prompted partly by a young girl’s letter to president Barack Obama about the lack of women on US currency, a social media campaign last year called “Women on 20s” began pushing for a woman to replace Jackson.

On Wednesday, the movement’s leaders said they were “ready to claim victory”, but only if the bill was issued by 2020 to mark the 100th anniversary of women gaining the right to vote.

“What was to be a celebration of female American heroes . . . cannot be postponed,” the group’s founder Barbara Ortiz Howard said in a statement.

US treasury spokesman Rob Runyan could not say when the redesigned bill would be issued.

The women last depicted on US bills were first lady Martha Washington, who appeared on the $1 silver certificate from 1891 to 1896, and Pocahontas, who appeared in a group photo on the $20 bill from 1865 to 1869.