Donald Trump likely to be vindicated by midterm results

For those looking for a decisive snapshot of the politics of America in 2018, the results of Tuesday’s midterm elections are frustratingly inadequate.

Essentially two very different pictures emerged from the results which continued to pour in from across the country on Wednesday morning.

Democrats decisively wrested control of the House of Representatives from Republicans, and are on course to gain 35 seats or more. This is an impressive achievement for the party, even accounting for the fact that the minority party tends to poll well in mid-term elections.

But their performance in the Senate fell far short. While polls consistently showed that Democrats were facing an uphill battle to win control of the Senate, some had dared to hope that some toss-up states could be within their grasp.

From Missouri, to Texas, to Tennessee, there had been a glimmer of hope that Democrats could catch a wave, that the mood of the country was such that they could beat the odds and pull off a tight victory. But in the end, this did not happen. Rather than simply maintain their 51-49 majority, Republicans may possibly increase their majority in the Senate.

Within an hour of the first polls closing it became apparent that a blue wave was not on the cards. Despite early pick-ups such as Virginia’s tenth congressional district which was won by Democrat Jennifer Wexton, other toss-up seats did not go blue. Democrats failed to flip Kentucky’s sixth district, where former marine fighter pilot Amy McGrath was seen as having a good chance of unseating incumbent Andy Barr, for example.

A similar pattern was evident in the crunch Senate seats, where Democratic candidates came close but not close enough. Beto O’Rourke for example put in a strong performance in Texas where he mounted a serious challenge to incumbent Ted Cruz, but ultimately was defeated. Similarly, hopes that popular Governor Phil Bredesen could pull off a Democratic victory in Tennessee were thwarted.

There was much to applaud in the Democrats’ performance. The party flipped dozens of Republican seats across the country, including the all-important suburban districts. 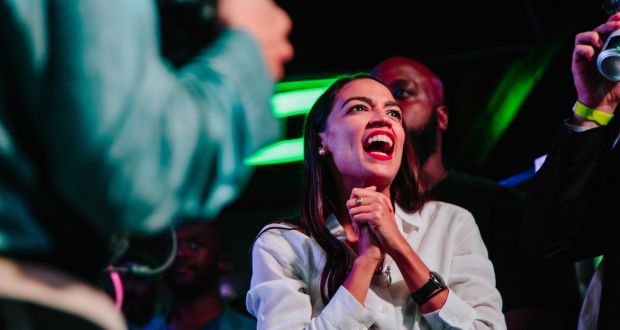 Women candidates outperformed. In Pennsylvania alone – a state with no women representatives in Congress currently – at least four women won seats in the House and will represent their state in DC. Both these trends should worry Republicans ahead of the 2020 presidential election.

But Republicans will be buoyed by their party’s performance, particularly in the senate and some gubernatorial races.

Many in the country had hoped that the first full electoral verdict on the presidency of Donald Trump would deliver a decisive repudiation of Trumpism. The results do not bear this out.

If anything, Donald Trump is likely to be vindicated by the results. In recent weeks he has been criticised by many, including members of his own party, for not focusing on the strong economy in the run-up to the election and instead focusing on immigration. The better-than-expected performance of Republicans seem to suggest that his strategy worked.

Trump will also argue that his decision to focus on the Senate and not the House races proves that he still has the political instincts that helped win him the White House in 2016. Ultimately the three states he visited on his last day of campaigning on Monday – Ohio, Indiana and Missouri – all delivered Republican victories. Trump’s final tweet of the day on Tuesday seems to suggest that the President is pleasantly relieved at the results of the midterms. “Tremendous success tonight. Thank you to all!”

The decisive victory of Democrats in the House, however, brings a new political reality to Washington and a new conundrum for Donald Trump – an opposition House of Representatives.

Speaking at Democratic Headquarters on Tuesday night, minority leader Nancy Pelosi promised that “tomorrow will be a new day in America.” While vowing to provide “constitutional checks and balances” on Trump’s presidency, she also promised a spirit of bipartisanship. Donald Trump reportedly called Ms Pelosi on Tuesday night to congratulate her.

With Democrats preparing to take control of key committees in the House such as the judiciary and ways and means committees, they will have subpoena powers that could allow them to demand the President’s tax returns or further of his details of financial dealings with foreign powers.

In terms of legislative priorities, the return of a Democratic majority is likely to return the focus in the House to healthcare – a key campaign focus of Democrats during the midterms. A democratically-controlled House will also decide whether to launch impeachment proceedings against the President once the Mueller report is issued, though impeachment needs a two-thirds majority in the Senate.

But the focus in the immediate term will be on Pelosi’s own leadership.

Pelosi, who has become the target of sustained Hillary Clinton-like attacks from Republicans in the run-up to elections, is vying for a second turn as House Speaker, having become the first female speaker of the House in 2007. But at 78 years of age, many wonder is Pelosi the face of change that Democrats need as they try to redefine themselves ahead of the 2020 election. There are rumblings of discontent within the party. An NBC survey of Democratic candidates and current lawmakers in August found that 51 Democrats running for the House said they would not support her. Her future is likely to depend on the scale of the Democrat majority when the final results are known.

As Donald Trump prepares for a new phase of his presidency, a Democratic majority in the House could actually aid him politically in 2020. As a combative president who thrives on division, the President may be happy to use the Democratic-controlled House as a foil, blaming Democrats for not allowing him to achieve many of his campaign promises.

As America awakes to a new political chapter in Washington and a new phase in Donald Trump’s presidency, many will be hoping to draw lessons from the first big electoral test of the Trump era.

Campaigning on the eve of the vote, Obama spoke of what was at stake in these elections — “the character of this country is on the ballot, who we are is on the ballot.” Following the midterm elections, it is not at all clear that America is any closer to finding an answer to that question, and deciding what kind of country it is in the era of Donald Trump.

4 Summer jobs boom: ‘I’ve hired more students in the last three weeks than I have ever’