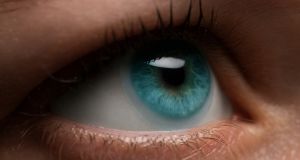 A 67-year-old woman has had 27 contact lenses removed from one eye.

The discovery was made after the woman went to Solihull hospital in the British West Midlands for routine cataract surgery.

In a report for the British Medical Journal, experts from the hospital said that “a bluish foreign body” emerged during the procedure “as a hard mass of 17 contact lenses bound together by mucus”.

Ten more were then found under further examination.

The experts wrote: “The patient had worn monthly disposable lenses for 35 years. She had poorer vision in the right eye and deep set eyes, which might have contributed to the unusually large number of retained foreign bodies.”

Specialist trainee in ophthalmology, Rupal Morjaria, told Optometry Today: “None of us have ever seen this before.

“It was such a large mass. All the 17 contact lenses were stuck together.

“We were really surprised that the patient didn’t notice it because it would cause quite a lot of irritation while it was sitting there.

“She was quite shocked. She thought her previous discomfort was just part of old age and dry eye.”

US police officer who killed Daunte Wright may have meant to use taser 01:00
One person dead and police officer wounded in Tennessee high school shooting 00:12
Fatal Minneapolis shooting appears to be ‘accidental discharge’ 22:13
Laschet gets CDU backing in race to succeed Merkel as chancellor 22:04
Boris Johnson gets a haircut as English celebrate easing of restrictions 20:21