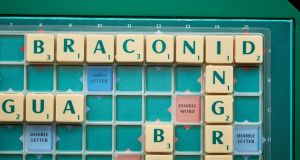 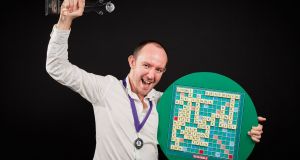 The new world Scrabble champion is buzzing after his word braconid, a parasite type of wasp, secured victory in an all-British showdown.

Brett Smitheram (37), from Chingford in east London, was crowned the winning wordsmith after beating Mark Nyman (49), from Knutsford in Cheshire, in the World Scrabble Championship 2016 final at the Grand Palais in Lille.

After his win, recruitment consultant Mr Smitheram said his opponent, a former producer on Channel 4’s Countdown, was one of his “Scrabble idols” when he was growing up.

Mr Smitheram told the Press Association: “He used to be the producer of Countdown and he got me on Countdown when I was 17, 20 years ago now. I was on Countdown about 10 or 12 times.

“So he’s known me for 20 years, and at the time when he interviewed me for Countdown he said ‘What’s your biggest aspiration?’ and I said ‘I want to win the Scrabble World Championship’.

“And today I beat him in order to do it. Quite a story behind it.”

Top rated player Mr Smitheram triumphed after three rounds in the war of words with crucial word Braconid meaning a parasitic wasp initially scoring him 176 points, but he then got an extra five points due to his opponent challenging it.

Mr Smitheram, who has won €7,000, said: “It’s absolutely amazing. I’m still speechless. I had to come back from behind to qualify for this.”

He said he is “absolutely thrilled” to have won, and described Mr Nyman as a “very impressive opponent to play”.

The winner said he spent between one and two hours per day revising words and playing games against the computer ahead of the competition.

Mr Smitheram was announced as UK champion in 2000 as well as a quarter-finalist in the 2014 World Scrabble Championship.