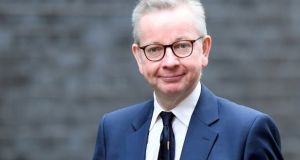 British politicians have expressed confidence that the European Union will not block vaccines entering the UK, after the two sides agreed to a “reset” in relations to de-escalate tensions.

British cabinet office minister Michael Gove said on Saturday that the EU recognises it “made a mistake” in its short-lived but widely-condemned move to override part of the Brexit agreement on Northern Ireland to control shipments of jabs.

Diplomacy appeared to be easing the tensions that reached fever-pitch when the EU triggered article 16 of the Northern Ireland Protocol, in a move that threatened a hard border with the Republic.

The move, which blindsided the UK and even member state Ireland, came after the EU installed export controls and demanded British-manufactured jabs, as the bloc is embroiled in a row over shortages from pharmaceutical giant AstraZeneca.

But the EU backtracked from its move after universal condemnation from London, Dublin and Belfast.

“I was reassured the EU has no desire to block suppliers fulfilling contracts for vaccine distribution to the UK. The world is watching and it is only through international collaboration that we will beat this pandemic,” Mr Raab said.

Despite criticism from the World Health Organisation, the EU is pushing ahead with imposing controls on vaccines manufactured within member states, which could hinder the UK’s access to further supplies, particularly to the Belgian-made Pfizer jab.

Brussels has also demanded doses of the AstraZeneca vaccine manufactured in British plants, to solve its supply shortage issues, as member states have been forced to pause or delay their rollouts.

Mr Gove welcomed the EU having “stepped back” from triggering the article, which Northern Ireland’s First Minister Arlene Foster described as an “incredible act of hostility”.

“I think the European Union recognises that they made a mistake in triggering article 16, which would have meant the re-imposition of a border on the island of Ireland,” he told reporters.

“I’ve spoken to the European Commission vice-president Maros Sefcovic about this and we both agreed that we need a reset, that we need to put the people of Northern Ireland first.”

Mr Gove told reporters that the British government was “confident that we can proceed with our vaccine programmes exactly as planned” after discussions between Mr Johnson and Ms von der Leyen.

“And President von der Leyen was clear that she understood exactly the UK Government’s position, so we expect that those contracts will be honoured, we expect that vaccines will continue to be supplied,” Mr Gove said.

It was understood that the compromise will see vaccines crossing between the Republic and Northern Ireland being recorded in Dublin but will not be at risk of being blocked.

Mr Gove also said the government is “fully on course” to hit its target of vaccinating the 15 million most vulnerable individuals in the UK by mid-February, as official data showed 8,378,940 had received first doses.

But the increase of 487,756 first doses came as ministers announced a further 1,200 people had died within 28 days of testing positive for Covid-19 as of Saturday, bringing the official UK total to 105,571.

On Friday, an EU source acknowledged to the PA news agency that the move had been a “misjudgment”, as the commission backtracked to say it is “not triggering the safeguard clause”.

The EU chief said she had agreed a “satisfactory way to introduce an export authorisation mechanism” for vaccines with Mr Martin, who was said to be furious about the initial move.

Ms von der Leyen said she had held “constructive talks” with Mr Johnson, adding: “We agreed on the principle that there should not be restrictions on the export of vaccines by companies where they are fulfilling contractual responsibilities.”

But attempts to soothe tensions did little to stem the flow of criticism.

DUP leader Ms Foster said the move was “absolutely disgraceful” and reiterated calls for Mr Johnson to invoke article 16 of the Northern Ireland Protocol over food shortages being faced in her nation because of Brexit.

She told BBC Radio 4’s Today programme of “great unrest and great tension” in the region and urged Mr Johnson to tear up and replace the protocol, which is part of the Brexit Withdrawal Agreement and is designed to allow the free movement of goods from the EU into Northern Ireland and prevent a hard border.

But the Deputy First Minister, Sinn Féin vice-president Michelle O’Neill, said the “Irish Protocol, while imperfect, must be preserved”.

The EU had sought to justify the measure as being needed to prevent Northern Ireland being used as a back door to move coronavirus vaccines from the bloc into the UK, “due to a lack of supply threatening to disturb the orderly implementation of the vaccination campaigns in the member states”.

Regardless of the U-turn, French president Emmanuel Macron backed the EU seeking to “control” vaccine exports, as he raised questions about a lack of doses being delivered by Anglo-Swedish firm AstraZeneca.

“It should be controlled because there is questionable behaviour and we will be receiving fewer deliveries that do not honour the contractual engagements agreed,” he said in an interview with media, including the Guardian. – PA