Predictions: EU aside, 2016 is plain sailing for the Tories

With Jeremy Corbyn likely to stay, hurdles should be minimal for David Cameron 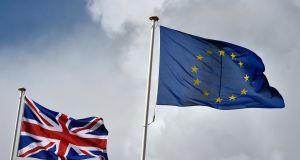 After a referendum campaign that fails to catch fire, voters will choose to stay in the EU. Photograph: Toby Melville/PA Wire

The ancients believed that forecasts were an affront to the gods. But we are impudent postmoderns now: we can venture a speculative account of Britain in 2016.

After a referendum campaign that fails to catch fire, voters will choose to stay in the EU with all the enthusiasm of a parent signing one last cheque for a spendthrift child on a vainglorious gap year. Labour’s Sadiq Khan will be elected London mayor and do energetic but inconsequential work for a city that is hard to mess up. Cheered by this local glory, his party will retain Jeremy Corbyn as leader.

A good clairvoyant must also foresee that which does not happen. Non-events can be as shocking as events, and one stands out this year. The Conservative party will not fall apart over Europe in 2016 – or 2017 or 2018 or any time soon. The rupture that has been coming for decades, and which some of us excitably told you would equal the party’s split over free trade in the Victorian era, will not come after all. There will be mass dissent from David Cameron’s pro-EU line, with a third or more of the prime minister’s MPs campaigning for exit, but the rancour will be contained and the aftermath managed.

There are other reasons to bet on the party surviving the year in passable shape. When we say the Tories have “always” been divided on Europe, we are really referring to the decade between the late 1980s, when Britain wavered over joining the exchange rate mechanism, and the unceremonious eviction of the Conservative government in 1997. Most of the rest of the time, the neuralgia has been chronic, not acute.

What made the mid-1990s so poisonous was the Tories’ certainty of defeat at the subsequent election. MPs had nothing to lose by pushing their Eurosceptic monomania to the outskirts of civilised behaviour. If power corrupts, the loss of power unhinges. Today, they have much more to lose.

As Corbyn experiments with new techniques to alienate voters, the Tories need only maintain some basic cohesion to govern until 2025 at least. It takes a special kind of MP to imperil nine years of professional opportunity for a single cause. The prospect of power as far as the eye can see will do more to discipline Conservatives than goodwill or diligent whipping.

Breaking from other Conservatives because they voted for the EU would mean howling at the national will.

In retrospect, the focus of Eurosceptics has always been an in-out referendum. They were surer of that goal than of what out should mean: total exit or some Swiss-style compromise. Prime ministers – including Blair and, until he capitulated three years ago this month, Cameron – were hassled to grant a referendum. The fringe movement that stood against pro-European Conservative MPs in 1997 even called itself the Referendum party. Causing mayhem to secure a plebiscite is defensible: no Briton under 58 has had a direct say in the European project. Causing mayhem out of pique at the result is a political dead end.

The Tory party, for all its quirks and blind spots, retains a sense of good form. Unless the result is exceptionally close and the campaign plainly unfair, any attempt by the Outers to raise hell after a referendum that goes against them would be jeered out of the room – by fellow Outers, no less.

This year, Tory will fight Tory. Cameron will seem to lose control at various points. The losing side will seethe. But the party will not be cleaved as it was under Robert Peel or descend into a rowdy stupor as it did under John Major; 2016 is not 1846 or even 1996. Copyright The Financial Times Limited 2016