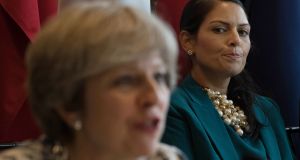 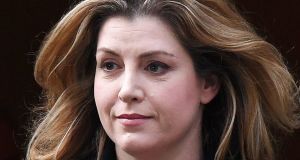 Penny Mordaunt, the pro-Brexit minister for disabled people, has been promoted to the UK cabinet as international development secretary, after Priti Patel was forced to resign over unauthorised meetings with Israeli politicians.

Prime minister Theresa May was anxious to maintain the gender and political balance of her cabinet after Ms Patel’s dramatic departure on Wednesday, but decided not take the chance to carry out a more sweeping reshuffle.

Ms Mordaunt, a 44-year-old Royal Naval reservist, is one of the few prominent female Brexiters in the government and thus was an obvious like-for-like swap with the Eurosceptic Ms Patel.

Ms May has been urged by senior Conservative MPs to carry out a big reshuffle to re-energise her floundering government, but she has so far resisted because of fears it could create more enemies on the backbenches.

Tory MPs privately believe that Ms May, whose authority was undermined by the botched general election this year, is too weak to carry out further surgery on her cabinet, especially with a budget and big Brexit negotiations ahead.

However in two minor changes, Ms May promoted Victoria Atkins to a junior ministerial role at the home office; the Louth and Horncastle MP is the first of the Conservatives’ promising 2015 intake to reach ministerial rank.

Ms Atkins replaces Sarah Newton, who is promoted to succeed Ms Mordaunt as disabilities minister at the department for work and pensions.

Ms Mordaunt, who says she was inspired to go into politics by her experience working at a Romanian orphanage in her university gap year, has become well-known beyond Westminster.

In 2014 the Portsmouth North MP appeared in the celebrity diving show and says she received an overwhelmingly positive response; she gave her £10,000 appearance fee to charities, including £7,000 towards the restoration of her local lido.

Ms Mordaunt earned notoriety for an innuendo-laden Commons speech, ostensibly on poultry welfare, in which she used the word “cock” six times and the word “lay” or “laid” five times. It later emerged the speech was a forfeit earned during a Royal Navy dinner.

The minister has impeccable credentials on the Tory right, given her enthusiastic support for Brexit and her role as head of foreign press for George W Bush’s presidential campaign in 2000. She was also part of Andrea Leadsom’s 2016 campaign for the Tory leadership.

Her assertion during the Brexit campaign that Britain was not able to veto Turkey’s EU accession was denounced by David Cameron as “completely wrong”.

Ms May’s perceived weakness was mocked by George Osborne’s Evening Standard on Thursday, in a leader column asking readers if they could remember anything interesting the prime minister had said since the election.

“The answer is you can’t,” it said. “Since the general election debacle earlier this year she has been largely irrelevant to the political conversation in this country.” – Copyright The Financial Times Limited 2017