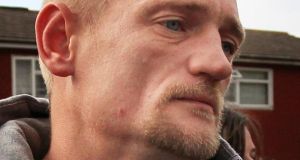 The man accused of killing London schoolgirl Tia Sharp today admitted her murder on the fifth day of his trial at the Old Bailey.

Prosecutors claimed Hazell, her grandmother’s former partner, had a sexual attraction to Tia, and murdered her after sexually assaulting her.

Window cleaner Hazell hung his head in the dock as he changed his plea and jurors were asked to formally find him guilty.

Lord Carlile, representing Hazell, said his client wanted to make it known that “Tia’s family have suffered enough and he did not want to put them through any further stages of this trial or this process”.

Hazell, wearing a washed-out grey T-shirt, leaned forward as his barrister asked for the charge to be put again. He clutched his hands in front of him and there was a slight pause when he was asked to plead.

And then he said “guilty” as gasps from the public gallery rang around the oak-lined courtroom.

Tia’s father, Steve Carter, broke down in tears as Hazell changed his plea.

The development came after four days of graphic evidence during which Tia’s mother, Natalie Sharp, frequently had to leave the courtroom, visibly distressed. The prosecution case included a grotesque photograph of a girl alleged to be Tia after she died.

Mr Justice Nicol is due to sentence Hazell tomorrow morning.

During the hunt for missing Tia, Hazell, a convicted drug dealer, denied abducting her, saying she was “like my own daughter”.

At the time Hazell was the partner of Tia’s grandmother Christine Sharp. He said at the time: “My previous has got nothing to do with it. Everyone’s got a shady past. Did I do anything to Tia? No I bloody didn’t. I’d never think of that.” He described Tia as “a happy-go-lucky golden angel” and said there had been no problems at her “loving home” before she vanished.

Hazell said he and Tia had been alone at the home he shared with Christine in south London on the Thursday night and Friday morning when she disappeared. On the Friday, he said, she left the house at 12.10pm, having previously told him she wanted to buy some new shoes. She did not take her mobile phone, which was charging, or a travel card and had no bag when she left.

Hazell broke down as he spoke, supported by Tia’s uncle David Sharp. Both wore white “Find Tia” T-shirts and a large picture of the schoolgirl was pinned to the wall behind them.

Hazell said he felt people were “pointing the finger” at him because he had been the last person to see her.

Hazell said: “I know deep down in my heart that Tia walked out of my house. “I know she was seen walking down the pathway, she made her way down that track. What happened after that. I don’t know.”

The court heard that Hazell had a number of previous convictions. These included convictions for racially aggravated common assault in 2002, dealing cocaine in 2003 and possession of a machete in a public place in 2010, for which he was jailed for 12 months. He also had convictions for burglary and theft.

Hazell went into care at a young age when his father was in prison and his mother was working as a prostitute.