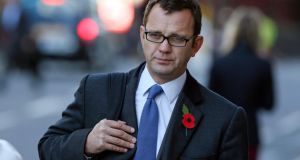 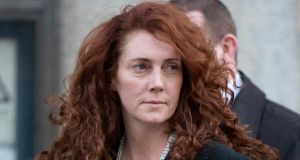 The jury trying the editors of one of Rupert Murdoch’s former newspapers over phone hacking were told today that British justice itself would be on trial.

Rebekah Brooks and Andy Coulson, former editors of Mr Murdoch’s now defunct News of the World, are accused of conspiring to illegally access voicemail messages on mobile phones belonging to politicians, celebrities, and victims of crime to obtain exclusive news.

Both Ms Brooks and Mr Coulson have close links to British prime minister David Cameron. Mr Coulson used to be Cameron’s media adviser, while Ms Brooks is a family friend. The two, who face trial with six others, deny all charges.

After nine women and three men were sworn in as jurors, Justice John Saunders, the judge overseeing the trial, told them they had to ignore the huge publicity surrounding the allegations to ensure they received a fair hearing.

“In a way, not only are the defendants on trial but British justice is on trial,” he said.

“Therefore it’s extremely important that you follow the directions that I give you. They could not be more important that they are in this particular case.”

Mr Justice Saunders said there had probably been an unprecedented amount of material published about the phone-hacking allegations as he delivered strict guidelines for the jury to follow, such as ignoring comments on social media about the trial.

A failure to do so could leave them in contempt of court and they could face prison themselves, he warned.

Ms Brooks and Mr Coulson stood next to each other as the charges against them were read out at London’s Old Bailey court.

Mr Coulson is additionally charged with two counts of conspiracy to commit misconduct in public office.

They all deny similar charges to those against Ms Brooks and Mr Coulson. The prosecution is due to outline its case against them tomorrow afternoon and the trial is expected to last six months.