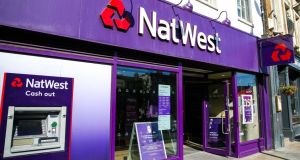 Natwest Bank in London. The dispute dates back to 1948, when the last Nizam of Hyderabad transferred £1m into the account of Pakistan’s high commissioner in London. Photograph: Dinendra Haria/Sopa Images/LightRocket via Getty Images

One of the UK’s longest running legal battles has been resolved after more than 70 years, enabling descendants of an Indian princely family to collect £35 million (€33.7m) from NatWest bank.

The dispute dates back to 1948 and tumultuous events following India’s independence, when the last Nizam of Hyderabad transferred £1 million into the account of Pakistan’s high commissioner in London.

The monarch’s family was Muslim and had resisted his state’s incorporation into Hindu-dominated India. Over seven decades, the deposit has accumulated interest and is worth about £35 million.

Pakistan claimed the money was payment for weapons that would have been used to defend Hyderabad against the Indian army. The family of Nizam VII maintained that the cash had merely been lodged abroad for safekeeping.

The case first arrived in the chancery division of the high court in London as long ago as 1954 when the Hyderabad royals challenged the bank and the Pakistan commissioner for the return of the money.

With its echoes of the Jarndyce v Jarndyce saga in Charles Dickens’s Bleak House, the claim reached the House of Lords in 1957 where Pakistan successfully asserted sovereign immunity. Legal proceedings were then effectively frozen for the next 60 years.

In 2013, Pakistan decided to waive its right to sovereign immunity and launched legal action to claim the cash from NatWest. Their action triggered rival claims by the two grandsons of Nizam VII.

In a 140-page ruling given on Wednesday, the high court in London declared that: “Nizam VII was beneficially entitled to the fund and those claiming in right of Nizam VII – the princes and India – are entitled to have the sum paid out to their order.”

India also lodged a claim but the grandsons – Prince Mukarram Jah who is now Nizam VIII and his younger brother Prince Muffakham Jah – reached a settlement with the Delhi government last year as to how funds should be distributed if they won.

The court case also focused on whether the case was justiciable since it involved a foreign act of state. The judge, Mr Justice Marcus Smith, ruled that the court could deal with the dispute.

Paul Hewitt, a partner in the London firm Withers LLP, who acted for Nizam VIII, said: “Our client was still a child when the dispute first arose and is now in his 80s. It is a great relief to see this dispute finally resolved in his lifetime.”

Philip Barden, a partner at the London law firm Devonshires, who acted for Prince Muffakham, said: “This was an unusual and fascinating case that required the court to delve into the history books and reconstruct events that took place over 70 years ago, around the time of the partition of India and annexation of Hyderabad. In this case, justice delayed has not ultimately been denied.” – Guardian