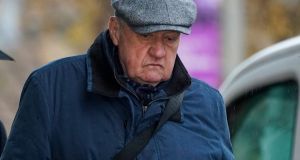 The former South Yorkshire police chief superintendent David Duckenfield has been found not guilty of gross negligence manslaughter more than 30 years after he commanded the police at the 1989 FA Cup semi-final at Hillsborough between Liverpool and Nottingham Forest, at which 96 people died.

The verdict came in a retrial that began on October 7th. A first trial on the same charge, heard by the same judge, Sir Peter Openshaw, ended on April 3rd with the jury unable to reach a verdict. Mr Duckenfield was charged in June 2017 following a new police investigation into the disaster, Operation Resolve, and verdicts of unlawful killing returned by the jury at the 2014-16 inquests in Warrington.

The jury in Preston heard that the lethal crush developed in the central “pens” 3 and 4 of the Leppings Lane terrace, after a build-up of people at the turnstiles with tickets to support Liverpool. Due to the selected method of keeping the two clubs’ supporters separate, only the 23 turnstiles at the Leppings Lane end were used to process all 24,000 people with tickets for the north and west stands allocated to Liverpool.

Of these, only seven turnstiles were available for all 10,100 people with tickets to stand on the Leppings Lane and north west terraces.

Mr Duckenfield had been newly promoted by South Yorkshire police to chief superintendent 19 days before the semi-final and had never before commanded a match at Hillsborough. The experienced previous chief superintendent, Brian Mole, had been moved to command the division at Barnsley.

The court heard that at the match on April 15th, 1989, a backlog built up at the turnstiles after the police, under Mr Duckenfield’s command, did not manage fans’ approach with filters or cordons. No successful measures were taken to alleviate the crush that developed after 2.30pm; at 2.47pm, Supt Roger Marshall, on duty at the turnstiles, requested the large exit gates to be opened to allow people respite. Mr Duckenfield declined, then at 2.52pm Marshall warned that somebody would die if the gates were not opened. Mr Duckenfield then gave the order to open the gates.

Gate C opened on to a concourse with a tunnel directly ahead, leading to the central pens. Many of approximately 2,500 people who came through gate C, including 30 of the people who were killed, went down the tunnel. The prosecution alleged that Mr Duckenfield’s failure to identify hazards at the turnstiles, monitor the numbers waiting to come in, relieve the pressures outside, monitor the numbers in the central pens and direct people away from the tunnel and central pens, amounted to gross negligence.

Mr Duckenfield pleaded not guilty, arguing that the disaster was caused by other factors including historic safety flaws of Sheffield Wednesday’s stadium itself, and failings by some of the other police officers. His barrister, Benjamin Myers QC, pointed to Mr Duckenfield’s inexperience as a match commander, and argued he was being held to a “higher standard” than others.

Mr Duckenfield was charged in relation to only 95 of the people who died. The 96th victim, Tony Bland, was critically injured and died in 1993 after life support was lawfully withdrawn. According to the law in 1989, a criminal charge relating to a death could not be brought if the victim died longer than a year and a day after the acts that allegedly caused it.

Families of many of the 96 people unlawfully killed at Hillsborough watched the court proceedings in Preston and at a live broadcast to the Cunard building in Liverpool. – Guardian