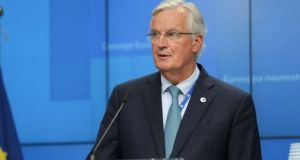 Downing Street has accused the EU of ending negotiations towards a free trade agreement by adopting an uncompromising position at this week’s European Council. Minutes after Boris Johnson warned that Britain must prepare for a no-deal outcome, the British prime minister’s official spokesman said the talks had come to an end.

“The first thing to say is the trade talks are over. The EU have effectively ended them by saying they do not want to change their negotiating position. The EU can either fundamentally change their position or we can leave on Australian terms.”

EU chief negotiator Michel Barnier wrote to his British counterpart David Frost on Friday morning offering to resume talks in London next Monday, but Downing Street said only a fundamental change of approach by the EU would make such talks worthwhile.

“What I would say to that is there is only any point in Michel Barnier coming to London next week if he’s prepared to discuss all of the issues on the basis of legal text in an accelerated way without the UK being required to make all of the moves, or if he’s willing to discuss practicalities of areas such as travel and haulage which the PM mentioned in his statement,” the spokesman said.

Earlier, foreign secretary Dominic Raab talked up the prospects of a deal, telling the BBC that the only remaining areas of disagreement were fisheries and level playing field guarantees of fair competition.

However, Mr Johnson, who last month set October 15th as a deadline for progress in the talks, claimed that the conclusions agreed by EU leaders at their summit this week made clear they were not willing to respect Britain’s red lines.

“From the outset we were totally clear that we wanted nothing more complicated than a Canada-style relationship, based on friendship and free trade. To judge by the latest EU summit in Brussels that won’t work for our EU partners.

“They want the continued ability to control our legislative freedom, our fisheries, in a way that is obviously unacceptable to an independent country. And since we have only 10 weeks until the end of the transition period on January 1st, I have to make a judgment about the likely outcome and to get us all ready,” he said.

EU leaders played down the importance of Mr Johnson’s statement, and Dutch prime minister Mark Rutte said the talks should carry on next week regardless.

“Boris Johnson’s reaction now, he is implicitly stating that he also wants now the talks to continue. That would mean that the best thing now is for the negotiators to go back to the table on Monday... and try to crack this thing as soon as possible,” he said.

“The European Union has by implication signalled that we are willing to compromise. That has always been our position. Our increasing worry was that we found on the UK side not enough room for manoeuvre in terms of finding a compromise.”