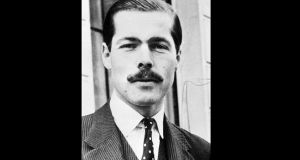 The only son of missing peer British Lord Lucan has been granted a death certificate almost 42 years after his father vanished following the murder of his nanny. Photograph: PA Wire.

The only son of missing peer British Lord Lucan has been granted a death certificate almost 42 years after his father vanished following the murder of his nanny.

Lord George Bingham applied for the certificate under the Presumption of Death Act, which came into effect in 2014, so he can inherit the title as eighth Earl.

His father vanished after Sandra Rivett, nanny to his three children, was found murdered at the family home at 46 Lower Belgrave Street in central London on November 7th, 1974.

The judge made the declaration that Lord Lucan is presumed dead on the basis that she was satisfied that he had not been known to be alive for a period of at least seven years.

Speaking immediately afterwards Lord Bingham said: “I am very happy with the judgment of the court in this matter. It has been a very long time coming.”

At a hearing in December, Ms Rivett’s son Neil Berriman was given permission to intervene in the case.

But speaking after the ruling, Mr Berriman, 49, said: “I think he’s (Lucan) dead. It is fantastic and I am very pleased for him (Bingham).”

Even though Lord Lucan was officially declared dead by the High Court in 1999, there have been reported sightings in Australia, Ireland, Africa and New Zealand, and even claims that he fled to India and lived life as a hippy called “Jungly Barry”.

Lord Bingham argued that the 1999 declaration had not proved death “for all purposes” and the new Presumption of Death Act allowed for a “more complete process”.

On the night of the peer’s disappearance, the nanny’s attacker also turned on Lord Bingham’s mother, Lady Lucan, beating her severely before she managed to escape and raise the alarm at a nearby pub.

Lord Lucan’s car was found abandoned and soaked in blood in Newhaven, East Sussex, and an inquest jury declared him the killer a year later.