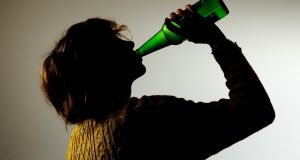 UK authorities have urged drinkers to be cautious of fake booze in the run-up to New Year’s Eve. File photograph: Dominic Lipinski/PA Wire

Drinkers planning to celebrate the new year with their favourite tipple risk blindness or even death if they buy fake alcoholic drinks, the UK’s Trading Standards body has warned.

Hundreds of thousands of litres of counterfeit booze have been seized in the run-up to the festive season, the Local Government Association (LGA) said, as officials try to quash the billion-pound bootleg alcohol industry and keep revellers safe.

As partygoers stock up on alcohol ahead of New Year’s Eve and plan celebrations in town and city centres, councils have issued warnings about the health implications of fake drinks.

Some of those seized have been found to contain lethal chemicals such as chloroform, which can induce comas, and isopropanol, which is commonly found in car screenwash and anti-freeze.

Other substances found in counterfeit bottles include ethyl acetate, which is used in glues, nail polish removers and cigarettes, and can lead to organ damage.

The LGA, which represents more than 370 councils in England and Wales, is urging shoppers to keep safe by looking out for the tell-tale signs that bottles are fake - unfamiliar brand names, crooked labels, spelling mistakes and unusually low prices.

People being served vodka in pubs and clubs should also check the smell, as fake vodka can often smell of nail varnish.

Simon Blackburn, chairman of the LGA’s Safer and Stronger Communities Board, said: “Everyone likes a bargain, especially at this time of year, but drinking cheap, fake alcohol could seriously harm your health and even kill you, so people should avoid it all costs.

“Trading Standards teams at councils across the country have been cracking down on businesses selling illegal, fake alcohol and we will continue to target rogue outlets.

“Some shopkeepers clearly have questions to answer about how these items arrive on their shelves.

“They need to think twice about stocking these products as we will always seek to prosecute irresponsible traders.

“Not only does fake alcohol present a significant danger to health, illegal sales undermine local businesses and threaten genuine jobs.”