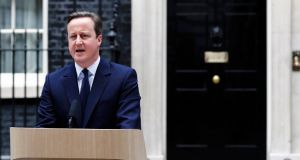 Murdered Labour MP Jo Cox was concerned about the coarsening of the debate in Britain’s EU referendum campaign, her husband has said. Brendan Cox said she had very strong political views and he believed she had died for those views.

“She completely respected that people could disagree for very good reason. But more about the tone of whipping up fears and whipping up hatred potentially, so she was definitely worried about that. It was not just about the EU referendum, I think the EU referendum has created a more heightened environment for it,” he told the BBC’s political editor Laura Kuenssberg.

Mr Cox said his wife, who would have been 42 today, said they had talked a great deal about the tone of political debate, not only in Britain, but around the world.

“I think she was very worried that the language was coarsening, that people were being driven to take more extreme positions, that people didn’t work with each other as individuals and on issues, it was all much too tribal and unthinking,” he said.

Some Leave campaigners have accused the Remain campaign of politicising last week’s murder of Ms Cox, who was a fervent supporter of Britain remaining in the EU.

After a three-day pause in campaigning following her death, some polls showed big swings away from Brexit, although the latest surveys suggest that the referendum has tightened again into a statistical dead heat. David Cameron yesterday made a direct appeal to voters to consider the economic and security risks of leaving the EU and to reject Brexit tomorrow.

“Brits don’t quit. We get involved. We take a lead. We make a difference. We get things done. If we left, our neighbours would go on meeting and making decisions that profoundly affect us, affect our country, affect our jobs – but we wouldn’t be there. They’d be making decisions about us, but without us,” he said.

Mr Cameron appealed to older voters to think about the consequences for their children and grandchildren of the decision they will make tomorrow. He said voting to leave the EU would be to take an irreversible risk with Britain’s economic stability and national security.

Mr Jones, who wants to remain in the EU, said he would initiate direct talks with Brussels following a Brexit vote.

“There’s no reason why the EU in the future can’t look at having a way of dealing with nations that are not member states and looking at getting agreements with them, why not?” he said.

“If there is a Leave vote on Friday we have to take steps to talk to the EU ourselves in Wales. I’m not going to rely on that lot in the Brexit campaign to represent Wales in Brussels, or at all.

“So it’s hugely important that we get the best deal for Wales whatever happens.”